Discover new books on Goodreads
See if your friends have read any of Robert M. Utley's books 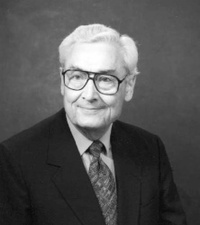 Born
in Arkansas, The United States
October 31, 1929
Website
http://www.robertutley.net/
Genre
History
edit data
Robert Marshall Utley is an author and historian who has written sixteen books on the history of the American West. He was a former chief historian of the National Park Service. Fellow historians commend Utley as the finest historian of the American frontier in the 19th century.

The Western History Association annually gives out the Robert M. Utley Book Award for the best book published on the military history of the frontier and western North America (including Mexico and Canada) from prehistory through the 20th century.

Utley lives in Scottsdale, Arizona, with his wife Melody Webb, also a historian.

“The Cherokees had 1,200 miles to go before they reached eastern Oklahoma, the end of the trek they would forever be remembered as the Trail of Tears. As their homeland disappeared behind them, the cold autumn rains continued to fall, bringing disease and death. Four thousand shallow graves marked the trail. Marauding parties of white men appeared, seized Cherokee horses in payment for imaginary debts, and rode off. The Indians pressed on, the sullen troopers riding beside them. They”
― Robert M. Utley, American Heritage History of the Indian Wars
0 likes
Like

“The tactics used by the English in their warfare with the Indians crossed the foggy dividing line between strategic deception and outright immorality.”
― Robert M. Utley, American Heritage History of the Indian Wars
0 likes
Like

“Late in November, he suddenly appeared at Fort Lyon with the 3rd Colorado and other units and announced his intention to attack Black Kettle. Several officers remonstrated, declaring that the Cheyennes had been led to understand that they were prisoners of war. Chivington responded, as one of the protesters recalled, that “he believed it to be right and honorable to use any means under God’s heaven to kill Indians that would kill women and children, and ‘damn any man that was in sympathy with Indians.’“ On November 29, 1864, Chivington methodically deployed his command, about 700 strong with four howitzers, around Black Kettle’s village. The chief, shouting reassurances to his alarmed people, ran up an American flag and a white flag over his tepee. Then the troops opened fire and charged. The Indians fled in panic in all directions. Only one pocket of resistance formed, and that was speedily eliminated. Chivington had made clear his wish that prisoners not be taken, and a massacre followed as the soldiers indiscriminately shot down men, women, and children. Interpreter John Smith later testified: “They were scalped, their brains knocked out; the men used their knives, ripped open women, clubbed little children, knocked them in the head with their guns, beat their brains out, mutilated their bodies in every sense of the word.” Two hundred Cheyennes, two-thirds of them women and children, perished. Nine chiefs died, but Black Kettle made good his escape. As”
― Robert M. Utley, American Heritage History of the Indian Wars
0 likes
Like