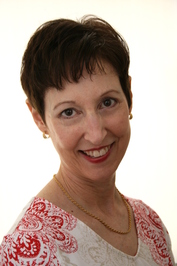 Please check out my guest post about historical fiction, "SECOND CHANCES: The Power of What if?" at A Holland Reads, a lovely book blog by Angela Holland: http://bit.ly/2odiql6
Like  •  0 comments  •  flag

Another nice review for The Blue Hour, this one from Underground Books: "Read this book if you want to immerse yourself in the wilds of western America in the 1860s or get lost in the even denser wilderness of love and loss… Maybe this recommendation needs to be simplified even further – read this book. It’s exhilarating to root for a character who is trying to navigate uncharted territory and make the greatest discovery of all."
https://www.undergroundbookreviews.org/

The Blue Hour received this nice review from the Historical Novel Society:

Set in 1861, Emily Wainwright is a 26-year-old spinster at the center of Vicki Righettini’s debut novel, The Blue Hour. Emily is living a cloistered life in Springfield, Illinois, when she meets handsome and charismatic homesteader, Samuel Todd. He sweeps her off her feet and convinces her to move with him to Oregon to start a farm and a family.

Their life on the frontier turns into an ordeal for Emily, as her husband reveals himself to be a cold and controlling monster. In the wake of his death she drifts into a relationship with a good-natured farmhand named Cole, and the novel becomes an increasingly sensitive exploration of unexpected personal renewal.

All of Righettini’s characters are well-rounded, in particular Emily herself, whose personal growth throughout the novel is richly detailed and memorable.