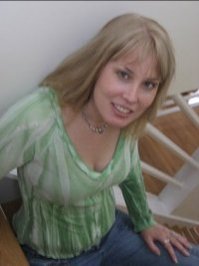 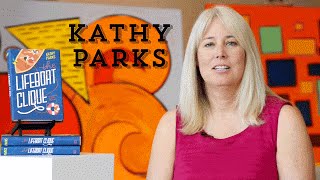 It’s about Denver Reynolds, an outcast at her high school, who ends up in a lifeboat with the popular kids who hate her.

I live near the beach in Carpinteria, California with my husband and two cats.

I love questions and meeting other authors.

As
a problem and an entertainment film, “On Golden Pond” is apparently a surprise
film arguing explicitly for the value of Hollywood-formulaic entertainment.
Directed by Mark Rydell, the film was authored by Ernest Thompson from his
play. The movie ensures success by casting Henry Fonda and Katherine Hepburn as
a loving couple even through their later stages of life (Cohen, 2009). The film
offers its au

“Getting your first review is like getting your teeth whitened. You hope it doesn’t hurt as much as they say on the internet and you also hope it will leave you with a blinding smile.”
― Kathy Parks
tags: author, review, ya-lit
0 likes
Like

“They’ve made a stew with some kind of meat”
― Kathy Parks, Notes from My Captivity
0 likes
Like

“Getting your first review is like getting your teeth whitened. You hope it doesn’t hurt as much as they say on the internet and you also hope it will leave you with a blinding smile.”
― Kathy Parks
tags: reviews, the-lifeboat-clique, ya-author, ya-lit
3 likes
Like