,
Discover new books on Goodreads
See if your friends have read any of Elaine Pagels's books 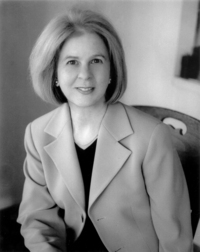 · 41,953 ratings · 2,581 reviews · 32 distinct works • Similar authors
More books by Elaine Pagels…
Quotes by Elaine Pagels  (?)
Quotes are added by the Goodreads community and are not verified by Goodreads. (Learn more)
“Many gnostics, on the contrary, insisted that ignorance, not sin, is what involves a person in suffering.”
― Elaine Pagels, The Gnostic Gospels
8 likes
Like

“When John accuses "evildoers" of leading gullible people into sin, what troubles him is what troubled the Essenes: whether—or how much—to accommodate pagan culture. And when we see Jesus' earliest followers, including Peter, James, and Paul, not as we usually see them, as early Christians, but as they saw themselves—as Jews who had found God's messiah—we can see that they struggled with the same question. For when John charges that certain prophets and teachers are encouraging God's people to eat "unclean" food and engage in "unclean" sex, he is taking up arguments that had broken out between Paul and followers of James and Peter about forty years earlier—an argument that John of Patmos continues with a second generation of Paul's followers. For when we ask, who are the "evildoers" against whom John warns? we may be surprised by the answer. Those whom John says Jesus "hates" look very much like the Gentile followers of Jesus converted through Paul's teaching. Many commentators have pointed out that when we step back from John's angry rhetoric, we can see that the very practices John denounces are those that Paul had recommended.”
― Elaine Pagels, Revelations: Visions, Prophecy, and Politics in the Book of Revelation
tags: 2012, apocalypse, apostles, gentiles, pauline-epistles, revelations, sectarianism
5 likes
Like

“What Christians see, or claim to see, in Genesis 1-3 changed as the church itself changed from a dissident Jewish sect to a popular movement persecuted by the Roman government, and changed further as this movement increasingly gained members throughout Roman society, until finally even the Roman emperor himself converted to the new faith and Christianity became the official religion of the Roman empire.”
― Elaine Pagels, Adam, Eve, and the Serpent: Sex and Politics in Early Christianity
tags: history, religion
4 likes
Like

Is this you? Let us know. If not, help out and invite Elaine to Goodreads.