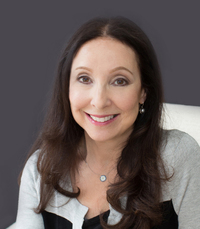 Delighted to be the featured writer on "Why I Write." Thanks to Christi Craig for featuring me! Here's the piece I wrote://mailchi.mp/946fd7dbfd6b/sunday-series...
1 like · Like  •  0 comments  •  flag

Jewish Historical Fiction — 638 members — last activity Sep 20, 2022 03:03PM
For those that love Jewish historical fiction representating as many cultures, countries, and time periods as we can find.

GOOD REVIEWS — 7987 members — last activity 22 hours, 34 min ago
This Group is only for authors who are looking for reviews and Reviewers who love to read books and share their reviews.

I have published a new Kindle novel, the second in the Estranged Spy series, titled A Curtain on the Sea. Although a spy novel packed with action, it paints a picture of intelligence activities in Iran during the early years of Shah Muhammad Reza Pahlavi's ill-fated regime and the opening days of the Cold War. Check it out.

It's 1949 and the Cold War is intensifying. America is expanding its influence in Iran and the Middle East and CIA officer Tom O'Brien is sent to a remote posting on the Caspian Sea in northern Iran. The idea was to keep him under the radar while the fallout from his last assignment settled. But as usual, O'Brien finds he has been thrown into deep water - literally. Tasked with penetrating the Iron Curtain by boat to insert MI6 agents into the Soviet Union, O’Brien and his crewmates are betrayed and ambushed. Having to swim to shore with the only other survivor, O’Brien finds himself a wanted man in a hostile land. To survive he has to fight sea and sun, all the while trying to come to grips with the marital trauma he is going through. Finally making it over the border into Iran, he discovers he is a suspect in the leak that almost cost him his life. To clear his name, O'Brien has to plug the leak.

I published two new Kindle books last year – Flight to Fedala and The Estranged Spy. Both are focused on the Middle East and feature Tom O’Brien as a case officer with the newly formed CIA. Check ‘em out.

The airmen were called Machalniks, the volunteers, Jews and Gentiles alike, Americans, Brits, and others from the English speaking nations, who went to fight for Israel in the 1948 war. Most went for altruistic reasons in the wake of the Holocaust in Europe. Some went for the adventure. One former American airman went to flee from a murder warrant. Tom O'Brien is tasked by the CIA to find him and send him back to America for trial, but unbeknownst to the agency is that the Soviet intelligence services are looking for this man also. The cold war is about to turn nuclear and the American has secrets the Soviets badly want. The Ministry of State Security get their hands on him first, but O'Brien follows them all the way to Morocco for a final showdown.

Treachery, infidelity, espionage, intrigue, and the ugly “oil” word all converge in this sexy spy novel, and in 1949 Beirut was the place to find all of the above. Beirut was on the way to becoming the Paris of the Middle East, but it had a dark side. In the face of marital and professional betrayal, CIA officer Tom O'Brien feels he only has one option to relieve the pain. He works covertly with the new Israeli intelligence service to bring down one of his own. At the same time, he searches for a Soviet assassin who learns of the hunt and tries to kill him first. O’Brien strikes back in the ways he know best: subterfuge and violence.

♥♥Mari♥♥ wrote: "Hi, Sharon! Thanks for the friend request! Your books sure look interesting! <3 : )"
Thanks, Mari. Hope you get a chance to read my novel COME BACK FOR ME which just came out a few weeks ago.

Hi, Sharon! Thanks for the friend request! Your books sure look interesting! <3 : )

Thanks, Stacy. Happy holidays to you too!

Nice to connect! I was born and raised in Toronto, but moved to Boston for several years to attend grad school. But I'm back now and enjoying being in the city where I was raised.
Do you live in the UK? I was in London and Aberdeen recently and had a grand time!

Thank you for your friendship here on GRs, Sharon. I see you're from Toronto. I spent many happy years living in Toronto and Mississauga.