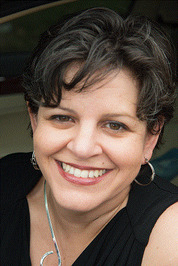 Just marked your book to read! Can't wait! Do you know how many you'll write in the series? Congrats!!! Misti
Anita DeVito Hi Misti! I hope you have fun with my friends Butch and Kate.

Three books are committed to Entangled--Butch & Kate's story, Jeb's story and Tom's stor…moreHi Misti! I hope you have fun with my friends Butch and Kate.

Three books are committed to Entangled--Butch & Kate's story, Jeb's story and Tom's story. Two additional are written and a few more are simmering in my head. I just love these characters. Writing for them is so easy...it feels like cheating. Best!! ADV(less)
flag
See 1 answer from Anita DeVito…

The first things to go are the Gs

Growing up in Cleveland, the City of, meant that as a teen I spoke with the sometimes crass, often improper Urban accent. It wasn’t as bad as others, having an English teacher as a mother, but there was no question that I was from a mid-western, urban center.

Then I went to college, still in Cleveland, but now I rubbed shoulders with people in the top of their graduation class across the country an Read more of this blog post »
Like  •  0 comments  •  flag