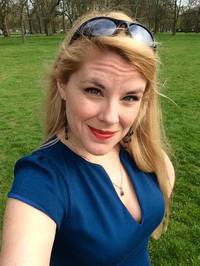 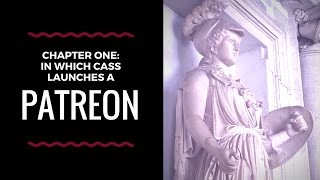 Support Cass's Patreon and get special behind-the-page access and other goodies!

Today’s the day! The Bloodstained Shade is officially out and in the world! 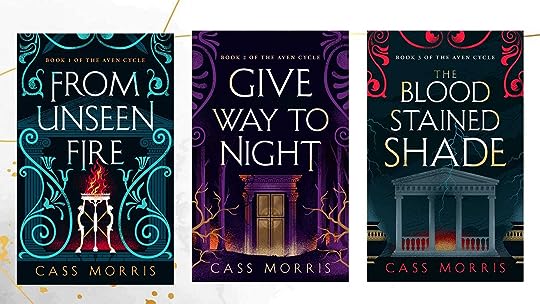 I’m so excited for y’all to read it. I’m incredibly proud of this book, not only for the determination it took to produce it, but also because… it’s really good, though I say it myself! I hope you find as much delight in reading The Bloodstained Shade as I did in writing it!

Here’s where you can get it:

Cass is currently reading
How to Survive a Scandal (Rebels with a Cause #1)
by Samara Parish (Goodreads Author)
bookshelves: currently-reading

But, let's face it, overall the Bridgerton Family and Lady Whistledown steal the show. The Bridgertons are an absolute delight -- Who wouldn't want to be part of that family? I love the interaction between the brothers (and lost my heart to Colin from the moment he entered the scene), I love seeing Hyacinth in all of her ten-year-old certainty about the world, I love the pea-flinging incident, and I love Violet, especially when she starts bullying her grown sons. They're just magnificent. JQ knocked it out of the park by creating them as the basis for an extended series. Then, Lady Whistledown's cutting wit is brilliant from the start. Re-reading this book is particularly interesting several years on from knowing who Lady Whistledown is, and it's fun to see the connections that are there. ...more "

More of Cass's books…
Quotes by Cass Morris  (?)
Quotes are added by the Goodreads community and are not verified by Goodreads. (Learn more)
“I find I am increasingly disinterested in what other people will allow me.”
― Cass Morris, From Unseen Fire
tags: freedom, girl-power, strength
3 likes
Like

“All my life,' she thought, 'someone has been telling me what I must not do. Mother, father, husband, priestesses... How did it take me till now to realize how heartily sick of it I am?”
― Cass Morris, From Unseen Fire
tags: agency, feminism, girl-power, self-determination, self-discovery
2 likes
Like

“The world was full of broken things. Promises. Dreams. Plans.”
― Cass Morris, Give Way to Night
1 likes
Like

“The men in the room suddenly realized that they did not want to know her better. She was beautiful, but she was beautiful in the way a forest fire was beautiful: something to be admired from a distance, not up close.

And she held her sword, and she smiled like a knife.”
― Terry Pratchett, Good Omens: The Nice and Accurate Prophecies of Agnes Nutter, Witch

“Let no one think of me that I am humble or weak or passive; let them understand I am of a different kind: dangerous to my enemies, loyal to my friends. To such a life glory belongs.”
― Euripides, Medea and Other Plays
182 likes
Like

“She dreamed of deep soul connections and passionate kisses and daring escapades. She was certain that he simply had to meet her, just once, and he would feel the same way. It would be like those epic love affairs that exploded into existence and burned white hot for all eternity. The type of love that time and distance and even death couldn’t separate.”
― Marissa Meyer, Cress
178 likes
Like

Then there is the witches' explanation, which comes in two forms, depending on the age of the witch. Older witches hardly put words to it at all, but may suspect in their hearts that the universe really doesn't know what the hell is going on and consists of a zillion trillion billion possibilities, and could become any one of them if a trained mind rigid with quantum certainty was inserted into the crack and twisted; that, if you really had to make someone's hat explode, all you needed to do was twist into that universe where a large number of hat molecules all decide at the same time to bounce off in different directions.

Younger witches, on the other hand, talk about it all the time and believe it involves crystals, mystic forces, and dancing about without yer drawers on.

Everyone may be right, all at the same time. That's the thing about quantum.”
― Terry Pratchett, Lords and Ladies
tags: magick
24 likes
Like