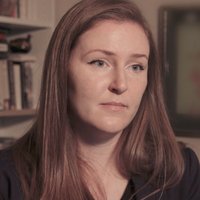 “The pop culture cliché of the American High School movie, which adapted old archetypes, depicted a social world in which the worst sexists were always the all brawn no brains sports jock. But now that the online world has given us a glimpse into the inner lives of others, one of the surprising revelations is that it is the nerdish self-identifying nice guy who could never get the girl who has been exposed as the much more hate-filled, racist, misogynist who is insanely jealous of the happiness of others.”
― Angela Nagle, Kill All Normies: Online Culture Wars from 4chan and Tumblr to Trump and the Alt-Right
tags: feminism, gamergate, misogyny
9 likes
Like

“The rise of Milo, Trump and the alt-right are not evidence of the return of the conservatism, but instead of the absolute hegemony of the culture of non-conformism, self-expression, transgression and irreverence for its own sake – an aesthetic that suits those who believe in nothing but the liberation of the individual and the id, whether they’re on the left or the right. The principle-free idea of counterculture did not go away; it has just become the style of the new right.”
― Angela Nagle, Kill All Normies: Online Culture Wars From 4Chan And Tumblr To Trump And The Alt-Right
6 likes
Like

“Nietzsche, one of the main thinkers being channeled by rightist chan culture knowingly or otherwise, argued for transgression of the pacifying moral order and instead for a celebration of life as the will to power. As a result, his ideas had appeal to everyone from the Nazis to feminists like Lily Braun. Today, the appeal of his anti-moralism is strong on the alt-right because their goals necessitate the repudiation of Christian codes that Nietzsche characterized as slave morality. Freud, on the other hand, characterized transgression as an anti-civilizational impulse, as part of the antagonism between the freedom of instinctual will and the necessary repressions of civilization. Perhaps the most significant theorist of transgression Georges Bataille inherited his idea of sovereignty from de Sade, stressing self-determination over obedience. Although rightist chan culture was undoubtedly not what Bataille had in mind, the politically fungible ideas and styles of these aesthetic transgressives are echoed in the porn-fuelled shocking content of early /b/ and in the later anti-liberal transgressions of the later /pol/. Bataille revered transgression in and of itself, and like de Sade viewed non-procreative sex as an expression of the sovereign against instrumentalism, what he called ‘expenditure without reserve’. For him excessive behavior without purpose, which also characterizes the sensibility of contemporary meme culture in which enormous human effort is exerted with no obvious personal benefit, was paradigmatically transgressive in an age of Protestant instrumental rationality.”
― Angela Nagle, Kill All Normies: Online Culture Wars From 4Chan And Tumblr To Trump And The Alt-Right
1 likes
Like


Is this you? Let us know. If not, help out and invite Angela to Goodreads.