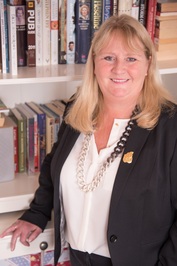 Georgiana had three legitimate children with William, 5th Duke of Devonshire, Georgiana, known as ‘Little G’ born 1783, followed by Harriet, known affectionately as ‘Harryo’, born 1785 and finally, a son and heir William, who was born in May 1790, whilst the couple were in Paris and who would later become 6th Duke of Devonshire. The 5th Duke also had an illegitimate daughter, Charlotte Williams, a

Carol *Young at Heart Oldie* wrote: "Thank you so much for your friend invite, Sarah. :)"
Thank you for accepting Carol, still finding my way on here :)

Thank you so much for your friend invite, Sarah. :)