Discover new books on Goodreads
See if your friends have read any of Lily O. Velez's books 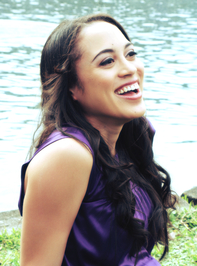 Be the first to know about my new releases! :)

If you'd like to stay in the know about all my books and upcoming releases, as well as be the first to read behind-the-scenes exclusives and sneak peeks, make sure you join my VIP newsletter: https://lilyvelezbooks.com/free/

Those on my newsletter get first access to ARC signups, awesome giveaways, and glimpses into what I'm currently writing. :)

Lily Velez is currently reading
The Empath's Toolkit: A Guide to Recovery for the Overwhelmed Empath
by Anna Sayce (Goodreads Author)
bookshelves: currently-reading

“the road there began with kindness. This philosophy informed his actions toward Cadence in those first weeks. Unlike some of the others, who mistook Cadence’s cold and closed-off ways for pretentiousness, Sully saw only fear. When she bolted her eyes to the ground and wrapped her bony arms around herself, he saw someone who wanted to evade attention. When she countered a person’s questions with monosyllabic replies, he saw someone who was overly conscientious about what escaped her lips. To act otherwise would mean to draw someone’s ire. What really cemented his suspicions was what happened one Saturday, when he and Spencer were cleaning out the house’s rain gutters. Sully was perched on the coarse, flagstone shingles, using a garden spade to excavate the debris (leaves and twigs from a week of thunderstorms) and sending it all down below where Spencer waited, stretching open the mouth of a trash bag. Most of the debris landed everywhere but inside the bag, but as Spencer wasn’t fond of”
― Lily Velez, The Secrets We Kept
0 likes
Like

“Noah was a funeral pyre. He was burning. The flames rose to staggering heights and blazed in white, hot tongues. Jeremie had once told him a story of the burial rites of the Norse. They’d burn their dead, believing the high smoke carried their loved ones’ souls to Valhalla.

Noah was beyond Valhalla. Beyond the creamy spaciousness above the clouds, beyond the limits of the very earth. He floated among the stars, joined them in holy communion, knew each one by name. Then they were within him, scores of them, bright and hot, turning his ribs into a furnace as they shifted and created constellations in his soul. And all the while, the summer sang in his lungs.

There was no space between him and Jeremie. Where one ended, the other began, and still Jeremie pulled him closer like the moon pulls the tide, gripping him tightly in the same way he’d gripped Noah’s heart, had gripped his entire being.”
― Lily Velez, Lavender in Bloom

“A bird with jewel-toned plumage cleaned its beak in the garden’s bird bath, and Noah’s eyes followed it as it shot away to join the other feathered troubadours in the trees. Their high, staccato notes were the only sounds now. It was one of the attributes Noah most loved about his home: the quiet. The clouds would hang low and move at a languid pace, changing form every so often as if heaven were writing coded messages to the earth, and one could have the sense of becoming lost in an endless, tranquil moment of time, as if a grain of sand within an hourglass had suddenly paused midair.”
― Lily Velez, Lavender in Bloom
0 likes
Like

“There is only one thing that makes a dream impossible to achieve: the fear of failure.”
― Paulo Coelho, The Alchemist
tags: achievement, dreams, failure, fear
11264 likes
Like

“So, I love you because the entire universe conspired to help me find you.”
― Paulo Coelho, The Alchemist
tags: love
10894 likes
Like

“I'm writing a first draft and reminding myself that I'm simply shoveling sand into a box so that later I can build castles.”
― Shannon Hale
tags: editing, writing
178 likes
Like

“There is no greater agony than bearing an untold story inside you.”
― Maya Angelou, I Know Why the Caged Bird Sings
tags: 1970, inspirational, stories, writing
29708 likes
Like

“If there's a book that you want to read, but it hasn't been written yet, then you must write it.”
― Toni Morrison
tags: books, writing
19536 likes
Like

Cassandra Clare
author of
City of B...

Rick Riordan
author of
The Light...