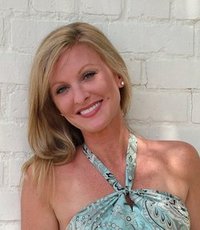 “Jillian had charged into the bathroom on seven, but she just shot straight to ten. Her nature may be reserved, but she didn’t take shit off anybody. “Don’t patronize me. And don’t you dare come down here and judge us!” She pointed her finger directly at AJ. “We’re the ones doing the heavy lifting, so people like you can come along at the very end and ride along on our coattails. You can act tough all you want, but it’s just an act, AJ. You, with your expensive suits and shiny shoes,” she sneered. “You wouldn’t survive one minute out there on those streets. You’re weak.” Before she realized what was about to happen, AJ seized her by the shoulders and threw her against the wall. Pinning her with her own body, she pressed her index finger over Jillian’s lips. “That’s enough.” Those glittering green eyes warned Jillian not to say another word. The impact had completely knocked the breath out of her. AJ pressed her body tighter into hers, preventing Jillian from taking a replenishing breath, so she breathed short shallow breaths through her nose. Her heart pounded. What was happening? She wasn’t in control of the situation, and oddly enough, for once she didn’t want to be. She had just been manhandled, yet she had no desire to fight back. Instead, she wanted to hook her leg around AJ’s waist and draw her closer to where AJ’s heat seared her core.”
― Kat Evans, The Domme Tamer
tags: competition, quotes
0 likes
Like

“Whoosh. Slap. The scream tore from Jillian’s chest as the flogger snaked across her back. She tensed and waited, but nothing else happened. “Why did you scream?” She didn’t answer immediately. Although the lash stung, it hadn’t actually hurt. “Because I was afraid,” she admitted. “Afraid of what?” “Of pain, I guess.” “How many times have you been assaulted on the job when you were a police officer?” “Too many times to count,” Jillian thought back. The last time, she was punched in the face so hard her vision was blurred for a week. “Were you afraid then?” “No. I was mad as hell.” There was an approving smile in AJ’s voice when she said, “Exactly. You aren’t acoward, Jillian. You are not afraid of pain, you are afraid of the past. Take your power back.”
― Kat Evans, The Domme Tamer
tags: painful-past, quotes-of-surrender, quotes-to-live-by
0 likes
Like

“I ask for so little. Just fear me, love me, do as I say and I will be your slave.” Jareth the Goblin King”
― Kat Evans, The Domme Tamer
tags: quotes
0 likes
Like

Is this you? Let us know. If not, help out and invite Kat to Goodreads.