Discover new books on Goodreads
See if your friends have read any of Kristin N. Spencer's books 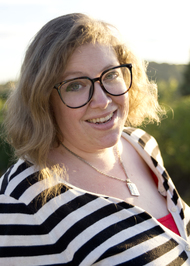 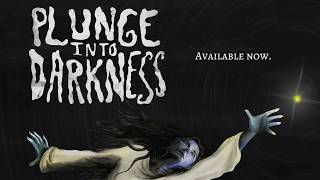 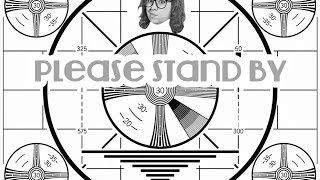 She recently published a Non-Fiction book she co-auth Kristin N. Spencer spends part of each day imagining up new worlds and beings when she isn’t busy taking care of her three children and writing partner husband T. E. Spencer. When she isn’t writing you can find her working in full time ministry, sewing cosplay costumes, or watching geekesque movies. She writes whatever genre she wants including but not limited to Non-Fiction, Contemporary Fiction, Sci-Fi, Space Fantasy, and traditional Fantasy. Kristin studied Comparative World Literature at California State University, Long Beach and received a Bachelors, which she fondly calls a degree in reading. Her favorite movie is Sabrina (the Julia Ormond version) and her favorite person is Jesus.

She recently published a Non-Fiction book she co-authored with her husband called ‘Holy Sex Reboot: My Sexual Identity in Christ,’ and has her first Fantasy YA Fiction ‘Plunge Into Darkness,’ out February 2018. She is most well know for her Non-Fiction book ‘You Aren’t Worthless: Unlock the Truth to Godly Confidence,’ and her YA Contemporary Christian Fiction books in the ‘Desires & Decisions’ series. ...more

I need your help. I cannot stress how important Advanced Readers are! Not only do they determine if a book launch will succeed or fail, but they also give important feedback that can change the way other readers experience the book. If you are interested in signing up to read and review this book, please click here. I will only send you emails that have to do with where to download your free ARC c Read more of this blog post »
1 like · Like  •  0 comments  •  flag

Kristin Spencer is currently reading
Embodied: Transgender Identities, the Church, and What the Bible Has to Say
by Preston M. Sprinkle
bookshelves: currently-reading

“Self-hatred is not in our nature, but self-love is. If we attempt to think logically we might say, well if self-love is pride, then isn’t the opposite of pride equal to self-hate? The short answer is no. Many Christians actively argue that since the opposite of pride is humility, the opposite of self-love must be self-hatred. In order for this to be true, it would mean that humility is the same thing as self-hatred. It is not. Humility means that you put others above yourself. The motivation for this selflessness is not because you hate yourself, but because you love others more than you love yourself. Did Jesus hate Himself? No. Previously we saw Jesus as the ultimate example of humility. If you subscribe to the belief that the opposite of pride must be self-hatred, you are also subscribing to the idea that Jesus died on the cross because He hated Himself. Jesus actually died on the cross because of His intense love for us, not for any other reason.”
― Kristin N. Spencer, You Aren't Worthless: Unlock the Truth to Godly Confidence
3 likes
Like

“God gave me a vision of all the women around me as different types of flowers He has created. He showed me how boring the world would be if every flower (or woman) looked the same. He also showed me a small, delicate, lavender flower next to a full bodied peony. Lavender flowers are beautiful in their own way, and so are peonies. Why compare them at all?”
― Kristin N. Spencer, You Aren't Worthless: Unlock the Truth to Godly Confidence
1 likes
Like

“If people have no respect for God, no love for their Maker, I would ask the question another way: Why not pillage, rape, persecute and murder? If it feels good, and they can get away with it, why not? If God is dead or does not exist, as these people believe, why are not all things permitted? Why should they restrain themselves? Because it’s just wrong? Because it’s not the way civilized people behave? Because what goes around comes around? Because they’ll end up feeling terrible inside?
Within tidy circles of properly socialized and reasonable people, such appeals can seem like they actually have the power to restrain people from doing what they otherwise feel like doing. But in the real world outside the philosophy seminar room, oppressors frankly don’t care that you think it’s just wrong. Who are you, they ask, to foist your random moral intuition on them? Who are you to tell them or the lords of the Third Reich what civilized people should and should not do? If what goes around tends to come around, then there’s no moral problem, only a practical problem of making sure it doesn’t come around to you. They think, Fine, if being brutal makes you feel terrible inside, then don’t do it. But it makes me feel powerful, alive, exhilarated and masterful, so quit whining — unless you want to try to stop me.
This description of a dark Nietzschean world of self-will — a vacuum devoid of moral authority or spiritual resources for good — used to sen excessively melodramatic to me. But then I got out more. The world is truly full of brutal oppression because humans have rejected their Maker, the source of all goodness, mercy, compassion, truth, justice, and love.”
― Gary A. Haugen, Good News About Injustice: A Witness of Courage in a Hurting World

“Man is now a horror to God and himself and a creature ill-adapted to the universe not because God made him so but because he has made himself so by the abuse of his free will.”
― C.S. Lewis, The Problem of Pain
tags: man, relative-moralism
1 likes
Like

“Well, I think her exact words were, ‘Luke, sometimes I don’t wike you vewy much,’ so I just told her that I’d always love her very much.” ~Luke Sullivan”
― Chautona Havig, Ready or Not
6 likes
Like

“My idea of good company...is the company of clever, well-informed people, who have a great deal of conversation; that is what I call good company.'
'You are mistaken,' said he gently, 'that is not good company, that is the best.”
― Jane Austen, Persuasion
tags: anne-eliot, good-company, jane-austen, persuasion
1740 likes
Like

“One man's ways may be as good as another's, but we all like our own best.”
― Jane Austen, Persuasion
464 likes
Like

THE Group for Authors! — 11859 members — last activity 1 hour, 53 min ago
This is a group for authors to discuss their craft, as well as publishing and book marketing.

Tina wrote: "a great writer, with Christ in her heart leading others to His Word. A good listener, prays for you in abundance. And understands the heart of the person she is talking to. And all of this is what ..."

Love you too, Tina!! You are a beautiful sister and a wonderful friend. I am so thankful that our Lord introduced us <3

a great writer, with Christ in her heart leading others to His Word. A good listener, prays for you in abundance. And understands the heart of the person she is talking to. And all of this is what Our Lord has led her to write her books. My dear friend, my Sister in Christ. Love you ♥ Tina

Tina wrote: "★ The Truth about Godly Confidence deserves start ★ ★' and a ♥ for the author"

Tina wrote: "I LOVE your new profile! Fooled me for minute. I see more of you now! And you smile has the grace of God. Thank you so much for all you do."

Thanks Tina! I love yours too <3 Now I can see YOU, which is so awesome! I am blessed to have a friend like you.

I LOVE your new profile! Fooled me for minute. I see more of you now! And you smile has the grace of God. Thank you so much for all you do.

Tina wrote: "I won this book I just sent recommended. Think it will be good?"

Well, it is seems like the person that wrote it is a Southern Baptist so it won't include anything about the gifts of the Holy Spirit, but that doesn't mean it won't be good. I like the topic.

I won this book I just sent recommended. Think it will be good?