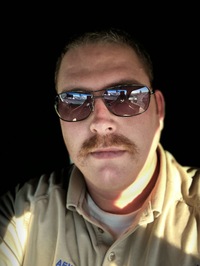 Member Since
March 2013
URL
https://www.goodreads.com/mathewkaufman
edit data
My name is Mathew Kaufman, I am an author in the Never Fear series along with horror greats and New York Times best selling authors F. Paul Wilson, Heather Graham and, Tom Monteleone.

Romantic Times: Vegas - Vol 2 - There Will Always be Vegas

Never Fear - The Tarot: The Hierophant

“And in that moment, I swear we were infinite.”
― Stephen Chbosky, The Perks of Being a Wallflower
tags: infinity
17207 likes

“We accept the love we think we deserve.”
― Stephen Chbosky, The Perks of Being a Wallflower
tags: inspirational, love
72238 likes

“So, I guess we are who we are for alot of reasons. And maybe we'll never know most of them. But even if we don't have the power to choose where we come from, we can still choose where we go from there. We can still do things. And we can try to feel okay about them.”
― Stephen Chbosky, The Perks of Being a Wallflower
tags: the-perks-of-being-a-wallflower
10686 likes

“I don’t know if you’ve ever felt like that. That you wanted to sleep for a thousand years. Or just not exist. Or just not be aware that you do exist. Or something like that. I think wanting that is very morbid, but I want it when I get like this. That’s why I’m trying not to think. I just want it all to stop spinning.”
― Stephen Chbosky, The Perks of Being a Wallflower
tags: esist, sleep, spinning
5496 likes

Great to meet you, Mathew! All the best. :D

Thank you for the friendship. :)