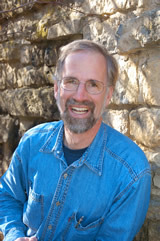 Born
in New Haven, Connecticut, The United States
September 11, 1954
Website
http://www.williamcronon.net/
Genre
History
edit data
William "Bill" Cronon is a noted environmental historian, and the Frederick Jackson Turner and Vilas Research Professor of History, Geography, and Environmental Studies at the University of Wisconsin–Madison. He was president of the American Historical Association (AHA) in 2012.

“Killing was a relatively simple matter--a blow to the head, a knife to the throat--complicated only by how much one cared about the pain or terrors animals felt in dying.... The animal also died a second death. Severed from the form in which it had lived, severed from the act that had killed it, it vanished from human memory as one of nature's creatures.”
― William Cronon, Nature's Metropolis: Chicago and the Great West
1 likes
Like

“Von Thünen’s abstract principles had strikingly concrete geographical consequences. A series of concentric agricultural zones would form around the town, each of which would support radically different farming activities. Nearest the town would be a zone producing crops so heavy, bulky, or perishable that no farmer living farther away could afford to ship them to market. Orchards, vegetable gardens, and dairies would dominate this first zone and raise the price of land—its “rent”—so high that less valuable crops would not be profitable there. Farther out, landowners in the second zone would devote themselves to intensive forestry, supplying the town with lumber and fuel. Beyond the forest, farmers would practice ever more extensive forms of agriculture, raising grain crops on lands where rents fell—along with labor and capital investment—the farther out from town one went. This was the zone of wheat farming. Finally, distance from the city would raise transport costs so high that no grain crop could pay for its movement to market. Beyond that point, landowners would use their property for raising cattle and other livestock, thereby creating a zone of even more extensive land use, with still lower inputs of labor and capital. Land rents would steadily fall as one moved out from the urban market until they theoretically reached zero, where no one would buy land for any price, because nothing it might produce could pay the prohibitive cost of getting to market.”
― William Cronon, Nature's Metropolis: Chicago and the Great West
0 likes
Like

“What farmers could profitably raise at any given location would depend on two key variables: how much people in the city were willing to pay for different crops, and how much it cost to transport those crops to market.”
― William Cronon, Nature's Metropolis: Chicago and the Great West
0 likes
Like

Is this you? Let us know. If not, help out and invite William to Goodreads.