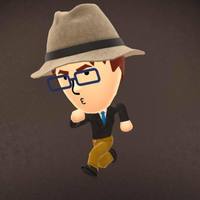 Sometimes the stuff you write isn't good. And that's okay. You can fix it or kill it later.(less)
flag
What’s your advice for aspiring writers?
Tom Hoefner Just keep swimming.
flag
See all 3 answers from Tom Hoefner…

The Trouble With "Gotham"

Commissioner Gordon shouldn't have a higher body count than the Riddler. But I'm getting ahead of myself.

Fox's GOTHAM, now in its 3rd season, is part of the "before they were superheroes" genre of television popularized by the WB's long-running SMALLVILLE. GOTHAM is, of course, better than SMALLVILLE by virtue of one fact that's really not open to debate: the fictional Gotham City that Batman call Read more of this blog post »
Like  •  0 comments  •  flag