Kristi Housman Confessions of a YA Reader

In 2010 Diana was named one of the Top Ten New Latino Authors to Watch by LatinoStories.com, and she placed second in the International Latino Book Awards. She is an advisory board member for the Philly Spells Writing Center, and is an active advocate for inner-city public schools. She holds a B.S. in Journalism from Boston University, and currently lives in Philadelphia.

Visit Diana's website to learn all about her: dianarodriguezwallach.com

It’s real! I officially signed and executed a “shopping... 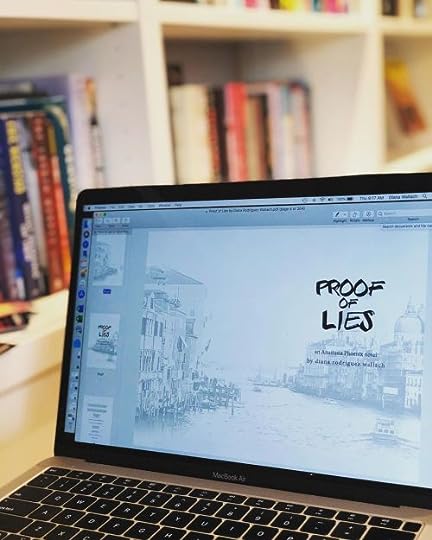 It’s real! I officially signed and executed a “shopping agreement” with a Hollywood producer! The producer, Marguerite Henry, just started her own company, Ray of Light Entertainment, after having worked for years as an executive producer at MarVista Entertainment. She is currently partnered with a pretty big name in distribution, which is super exciting.

The next step is create a “show bible” and

“Laugh as much as you choose, but you will not laugh me out of my opinion.”
― Jane Austen, Pride and Prejudice
2020 likes
Like

Thanks! And Merry Christmas to you too! Your books look great. I'll have to check them out.

Hi & thank you for being a friend. Merry Christmas & Happy New Year!

Thanks for connecting as readerly friends. I'd like to invite you to read the first chapter of my new novel:

Yes, the quotes are fun!

Thnx, you convinced me to join. I like easy updating!