Discover new books on Goodreads
See if your friends have read any of James Rada Jr.'s books 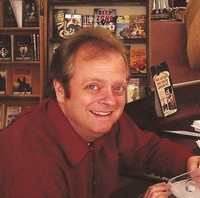 Born
in Baltimore, MD, The United States
Website
http://www.jamesrada.com
Twitter
jimrada
Genre
History, Historical Fiction, Nonfiction
Member Since
May 2010
URL
https://www.goodreads.com/jimrada
edit data
I am a multi-award-winning journalist and copywriter. I have also written a number of books, both fiction and nonfiction and plan to write even more. I work as a freelance writer in Gettysburg, PA, where I live with my wife and sons.

Emmitsburg has always had plenty of schools. Of the 158 one-room schools in Frederick County in 1890 more than 20 were near Emmitsburg. This doesn’t even include the private and parochial schools in the town at the time.

In a 1908 article in the Emmitsburg Chronicle, an old-timer recalled his experiences with some of Emmitsburg’s early schools.

More of James's books…
Quotes by James Rada Jr.  (?)
Quotes are added by the Goodreads community and are not verified by Goodreads. (Learn more)
“I wish I knew. It’s almost like nature is trying to show us that she’s still more powerful than man. No matter how many of each other we kill in war, nature can still kill more of us. No matter how much we think we know about life, she still can make us look impotent.”
― James Rada Jr., October Mourning: A Novel of the 1918 Spanish Flu Pandemic
0 likes
Like