Discover new books on Goodreads
See if your friends have read any of S.D. Robertson's books 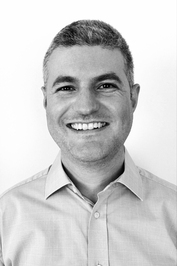 Stuart lives in a village in North West England with his wife and daughter. There’s also his cat, Bernard, who likes to distract him from writing – usually by breaking things.

· 16,694 ratings · 1,028 reviews · 8 distinct works • Similar authors
More books by S.D. Robertson…
Quotes by S.D. Robertson  (?)
Quotes are added by the Goodreads community and are not verified by Goodreads. (Learn more)
“You’ll never get another chance to live this life again,”
― S.D. Robertson, Time to Say Goodbye
2 likes
Like

“My precious girl,’ I said, kneeling before her. ‘I wish you didn’t have to go through this.’ I placed my right hand above hers, just far enough away to avoid being repelled, and told her how much I loved her. ‘You won’t know it, darling, but I’ll be right by your side all day. We’ll get through this together.”
― S.D. Robertson, Time to Say Goodbye
1 likes
Like

“The very same.’ ‘So why did you leave without saying goodbye? How on earth were you there in the first place? And …’ She paused as her mind caught up with her mouth. In a quieter voice she added: ‘So you’re dead?’ ‘In human terms, yes.’ For the first time, the hard truth of this fact really dawned on her. It was too much. She fell back on to the bed and the tears started to flow. ‘Are you okay? Will I ever see you again, like you were, for real? I’ve only just got my best friend back and now …’ Elliot took a seat next to her and pulled her into a hug. Despite the boyish tone of his voice, Lisa still recognised the man within as he spoke. ‘Listen, we don’t have long.’ He took a deep breath. ‘And after this, I don’t know if or when we’ll see each other again.’ His words only increased the flow of Lisa’s tears. She’d feared this was coming, but that didn’t make it any easier to accept. ‘There are things I need to say to you,’ he continued, sounding short of breath, ‘but I have very little time. I know”
― S.D. Robertson, Stand By Me
0 likes
Like