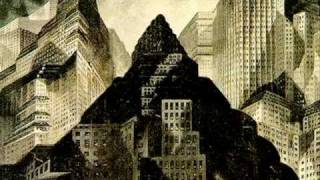 Born
London, The United Kingdom
Genre
Biographies & Memoirs, History, Nonfiction
edit data
SIMON WINDER has spent far too much time in Germany, denying himself a lot of sunshine and fresh fruit just to write this book. He is the author of the highly praised The Man Who Saved Britain (FSG, 2006) and works in publishing in London.

· 4,939 ratings · 739 reviews · 10 distinct works • Similar authors
More books by Simon Winder…
Quotes by Simon Winder  (?)
Quotes are added by the Goodreads community and are not verified by Goodreads. (Learn more)
“Rather than defeat the reader with a family tree which would look like an illustration of the veins and arteries of the human body drawn by a poorly informed maniac, I thought it better to start with this summary of just the heads of the family, so the sequence is clear. I give the year each ruler became Emperor and the year the ruler died. It all looks very straightforward and natural, but of course the list hides away all kinds of back-stabbing, reckless subdivision, hatred, fake piety and general failure, which can readily be relegated to the main text. To save everyone’s brains I have simplified all titles. Some fuss in this area is inevitable but I will cling under almost all circumstances to a single title for each character. To give you a little glimpse of the chaos, the unattractive Philip ‘the Handsome’ was Philip I of Castile, Philip II of Luxemburg, Philip III of Brabant, Philip IV of Burgundy, Philip V of Namur, Philip VI of Artois as well as assorted Is, IIs, IIIs and so on for other places. So when I just refer to Philip ‘the Handsome’ you should feel grateful and briefly ponder the pedantic horror-show you are spared.”
― Simon Winder, Danubia: A Personal History of Habsburg Europe
2 likes
Like

“In Transylvania it was memories of the Romanian revolt that stalked the Hungarian aristocratic imagination.. In Galicia it was memories of Tarnow that performed a similar service for the surviving Polish noble families. Both societies shared something of the brittle, sports-obsessed cheerfulness of the British in India - or indeed of Southerners in the pre-1861 United States. These were societies which could resort to any level of violence in support of racial supremacy. Indeed, an interesting global history could be written about the ferocity of a period which seems, very superficially, to be so 'civilized'. Southern white responses to Nat Turner's Slave Rebellion in 1831, with Turner himself flayed, beheaded and quartered, can be linked to the British blowing rebel Indians to pieces from the mouths of cannons in 1857.”
― Simon Winder, Danubia: A Personal History of Habsburg Europe
tags: colonialism, racism
2 likes
Like

“The bags full of Turkish noses sent by the Uskoks from Senj to Charles V in 1532 may have been one of those gifts more fun to send than to receive,”
― Simon Winder, Danubia: A Personal History of Habsburg Europe
2 likes
Like

Is this you? Let us know. If not, help out and invite Simon to Goodreads.