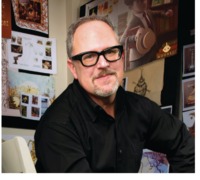 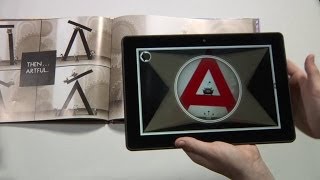 William hasn't connected with his friends on Goodreads, yet.

Born
in Shreveport, LA, The United States
Website
http://www.williamjoyce.com
Genre
Children's Books
Member Since
August 2014
URL
https://www.goodreads.com/williamjoyce
edit data
William Joyce does a lot of stuff—films, apps, Olympic curling—but children’s books are his true bailiwick (The Numberlys, The Man in the Moon, Nicholas St. North and the Battle of the Nightmare King, Toothiana, and the #1 New York Times bestselling The Fantastic Flying Books of Mr. Morris Lessmore, which is also an Academy Award–winning short film, to name a few). He lives with his family in Shreveport, Louisiana.

MOONBOT STUDIOS RETURNING TO ITS ROOTS

MOONBOT STUDIOS RETURNING TO ITS ROOTSCompany Re-Forms in Shreveport, Louisiana
Shreveport, LA - After months of speculation and rumors of a possible purchase, the founder of Moonbot Studios William Joyce has announced the re-establishment of the Academy Award-winning company in Shreveport, Louisiana.  Chris Meledandri, founder and CEO of Illumination Entertainment and producer of the Desp Read more of this blog post »
View more on William Joyce's website »
7 likes · Like  •  0 comments  •  flag

“To understand pretending is to conquer all barriers of time and space.”
― William Joyce, Nicholas St. North and the Battle of the Nightmare King
tags: imagination, nicholas-st-north, north, ombric, pretending, rise-of-the-guardians, space, time
65 likes
Like

“The possibilities were endless. Battles would be fought. Wonders revealed. Many journeys. Many lands. Many joys. Many sorrows.

There have been some wonderful books this year!

Which book shall we give our Caldecott award to?

And Then It's Spring by Julie Fogliano
3 votes 9.7%

Unspoken: A Story From the Underground Railroad by Henry Cole
2 votes 6.5%

One Special Day: A Story for Big Brothers and Sisters by Lola Schaefer
0 votes 0.0%