,
Discover new books on Goodreads
See if your friends have read any of Cynthia Ripley Miller's books 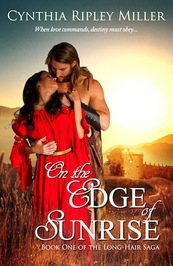 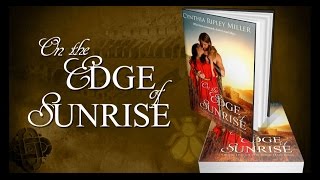 Born
The United States
Website
http://www.cynthiaripleymiller.com
Twitter
CRipleyMiller
Genre
Historical Fiction
Member Since
July 2012
URL
https://www.goodreads.com/cinzia8
edit data
Cynthia Ripley Miller is the author of On the Edge of Sunrise, the first novel in the Long-Hair Sagas, a series set in Late Ancient Rome and France. She has lived and travelled in Europe, Africa, North America and the Caribbean, taught history and currently teaches English. Her short stories have appeared in the anthology Summer Tapestry, The Scriptor, and at Orchard Press Mysteries.com. Cynthia writes a blog, Historical Happenings and Oddities: A Distant Focus. She lives with her husband, twin cats, and German Shepherd in a suburb of Chicago.

On the Edge of Sunrise, my debut novel, is set in late ancient Rome. My hero, Garic, is a Frank, a Germanic barbarian warrior. In the early 5th century, the Franks believed in the Germanic/Nordic gods. One of the goddesses was Freya, goddess of love, but she also had a militaristic side to her and a connection to the dead. Some believed she led the Valkyries to the battlefields where she chose dea Read more of this blog post »
1 like · Like  •  0 comments  •  flag

“The only person you are destined to become is the person you decide to be.”
― Ralph Waldo Emerson
tags: destiny, self-determination
2451 likes

“He who is fixed to a star does not change his mind.”
― Leonardo da Vinci
tags: inspirational
20 likes

GOOD REVIEWS — 8039 members — last activity 2 hours, 47 min ago
This Group is only for authors who are looking for reviews and Reviewers who love to read books and share their reviews.