,
Discover new books on Goodreads
See if your friends have read any of Alessandro Manzoni's books 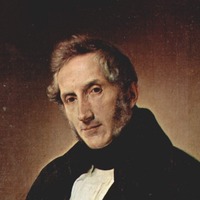 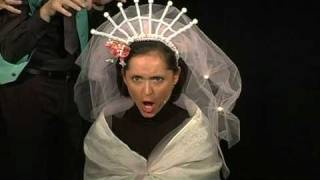 Born
in Milan, Italy
March 07, 1785
Died
May 22, 1873
Genre
Historical Fiction, Poetry
edit data
Alessandro Francesco Tommaso Manzoni was an Italian poet and novelist. He is famous for the novel The Betrothed (Italian: I Promessi Sposi) (1840), generally ranked among the masterpieces of world literature. The novel is also a symbol of the Italian Risorgimento, both for its patriotic message and because it was a fundamental milestone in the development of the modern, unified Italian language.

· 16,109 ratings · 944 reviews · 252 distinct works • Similar authors
More books by Alessandro Manzoni…
Quotes by Alessandro Manzoni  (?)
Quotes are added by the Goodreads community and are not verified by Goodreads. (Learn more)
“Bullies, oppressors and all men who do violence to the rights of others are guilty not only of their own crimes, but also of the corruption they bring into the hearts of their victims.”
― Alessandro Manzoni, The Betrothed
40 likes
Like

“One of the greatest comforts of this life is friendship; and one of the comforts of friendship is that of having someone we can trust with a secret. But friendship does not pair us off into couples, as marriage does; each of us generally has more than one friend to his name, and so a chain is formed, of which no man can see the end. When we allow ourselves the comfort of depositing a secret in the bosom of a friend, we inspire him with the wish to enjoy the same comfort for himself. It is true that we always ask him not to tell anyone else; and this is a condition which, if taken literally, would break the series of comforting confidences at once. But the general practice is to regard the obligation as one which prevents a man from passing the secret on, except to an equally trusted friend and on the same condition of silence. From trusted friend to trusted friend, the secret travels and travels along an unending chain, until it reaches the ears of the very man or men from whom the first speaker meant to keep it for ever. It would generally require a long time to get there, if each of us only had two friends—one to confide the secret to us, and another to whom we can pass it on. But there are some privileged men who have hundreds of friends, and once a secret reaches one of them, its subsequent journeys are so rapid and multitudinous that no one can keep track of them.”
― The Betrothed by Alessandro Manzoni
tags: friendship-and-trust
23 likes
Like

“I would really like, in fact, to be born again in another two hundred years' time.”
― Alessandro Manzoni, The Betrothed
16 likes
Like