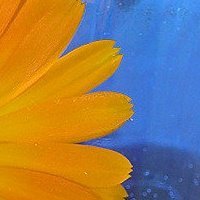 When not writing or reading, Dana is fond of porch sitting with her favorite people or taking a road trip down the back roads with her own personal Hero. Her stories are inspired by everyday life where people are making happily ever after happen one moment at a time.
Drop by DanaB's webite : http://www.danabritt.com/
Get Dana's Newsletter for All Details, New Releases and Fun Stuff:
http://goo.gl/forms/QAMd2lsaHZ (copy/paste link)

When not writing or reading, Dana is fond of porch sitting with her favorite people or taking a road trip down the back roads with her own personal Hero. Her stories are inspired by everyday life where people are making happily ever after happen one moment at a time.
Drop by DanaB's webite : http://www.danabritt.com/
Get Dana's Newsletter for All Details, New Releases and Fun Stuff:
http://goo.gl/forms/QAMd2lsaHZ (copy/paste link) 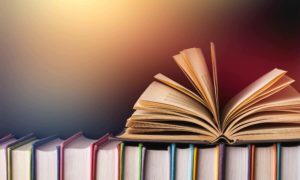 (All of the books mentioned can be easily found with a quick Google–either on the author’s website or Amazon) I just finished The Summer of Sunshine and Margot by Susan Mallery and y’all, it was so good! The relationship between this two sisters is a close knit, fun one as they both struggle with the belief that they’ll never find love and family beyond their sisterhood. It was refreshing Read more of this blog post »
View more on Dana Tanaro Britt's website »
Like  •  0 comments  •  flag

“In a universe, on a continent, in a country, in a state, in a county, on a river, in a small yellow boat,' I said. 'That's what Mary used to say to explain the odds of us meeting. And you have to be born in roughly the same period. Those are the odds. And probably you need to speak the same language.'-- Cobb”
― Joseph Monninger, Eternal on the Water
5 likes

“...'My father called me an enthusiast. I am enthusiastic about things. A lot of things.' - Mary”
― Joseph Monninger
4 likes

“When the day shall come that we do part," he said softly, and turned to look at me, "if my last words are not 'I love you'-ye'll ken it was because I didna have time.”
― Diana Gabaldon
tags: fiery-cross, jamie-fraser, outlander
1716 likes

“You are my courage, as I am your conscience," he whispered. "You are my heart---and I your compassion. We are neither of us whole, alone. Do ye not know that, Sassenach?”
― Diana Gabaldon, Drums of Autumn
tags: jamie-fraser
540 likes

“Because I wanted you." He turned from the window to face me. "More than I ever wanted anything in my life," he added softly.

I continued staring at him, dumbstruck. Whatever I had been expecting, it wasn't this. Seeing my openmouthed expression, he continued lightly. "When I asked my da how ye knew which was the right woman, he told me when the time came, I'd have no doubt. And I didn't. When I woke in the dark under that tree on the road to Leoch, with you sitting on my chest, cursing me for bleeding to death, I said to myself, 'Jamie Fraser, for all ye canna see what she looks like, and for all she weighs as much as a good draft horse, this is the woman'"

I started toward him, and he backed away, talking rapidly. "I said to myself, 'She's mended ye twice in as many hours, me lad; life amongst the MacKenzies being what it is, it might be as well to wed a woman as can stanch a wound and set broken bones.' And I said to myself, 'Jamie, lad, if her touch feels so bonny on your collarbone, imagine what it might feel like lower down...'"

He dodged around a chair. "Of course, I thought it might ha' just been the effects of spending four months in a monastery, without benefit of female companionship, but then that ride through the dark together"--he paused to sigh theatrically, neatly evading my grab at his sleeve--"with that lovely broad arse wedged between my thighs"--he ducked a blow aimed at his left ear and sidestepped, getting a low table between us--"and that rock-solid head thumping me in the chest"--a small metal ornament bounced off his own head and went clanging to the floor--"I said to myself..."

He was laughing so hard at this point that he had to gasp for breath between phrases. "Jamie...I said...for all she's a Sassenach bitch...with a tongue like an adder's ...with a bum like that...what does it matter if she's a f-face like a sh-sh-eep?"

I tripped him neatly and landed on his stomach with both knees as he hit the floor with a crash that shook the house.

"You mean to tell me that you married me out of love?" I demanded. He raised his eyebrows, struggling to draw in breath.

Barbara Delinsky
author of
Not My Da...

Jeannie Moon
author of
The Tempo...

Wendy F wrote: "Thanks for friending me!"

Thanks for friending me!