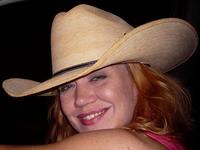 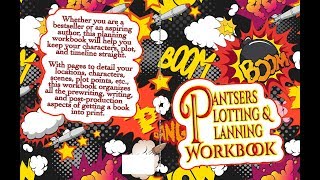 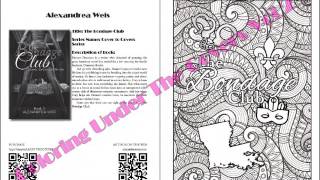 “Merda! Her lace panties had snagged on his ring, the signet ring he'd inherited from his father, Giacomo Casanova. His father had seduced hundred of women without any problems whatsoever, and he was having trouble with just one. This was the real reason he never used the Casanova name. He could never live up to his father's reputation. The old man was probably laughing in his grave.

Hell?" Lara asked. "I thought I was the Holy Land."

You're paradise. Unfortunately, I am stuck there."

Normally, I would love being stuck to your lovely bum, but it would look odd if we go sightseeing with my hand under your skirt. Especially in the basilica."

She glanced down. "How can you be stuck?"

My ring. It's caught in the lace. See?" He moved his hand down her hip, dragging her undies down a few inches.

Okay, stop." She bit her lip, frowning, then suddenly giggled. "I can't believe this has happened."

I assure you, as much as I had hoped to get your clothes off, this was not part of my original plan."

She snorted. "No problem. Just rip yourself loose."

Are you sure?" It will destroy you undies."

She narrowed her eyes with a seductuve look. "Rip it."

Very well." He jerked his hand away, but the panties came with him. He yanked his hand back and forth, but the lacy, latex material simply stretched with him. "Santo cielo, they are indestructible."

He continued to wage battle, but to no avail. "They could use this material to build spaceships.”
― Kerrelyn Sparks, Secret Life of a Vampire

Abigail Owen
author of
The Rogue...

Thanks for connecting. I feel, to start with let us have short exchanges related to our views/ personal philosophies/ work etc.
In case this is of interest to you, permit me to inform you that after “Mahatma A Scientist of the Intuitively Obvious” my next book, as detailed below has been released recently.

Deena, thank you for the Goodreads friend connect.
Wishing you the very best!

Thanks for being my friend. I'm fairly new to GR so it will take awhile to get up to speed. Any tips will be must appreciated. Beth L Barnett

Thank you for your friend request, Deena!

Hi Deena, Thank you so much for connecting here on Goodreads! :) Hope you had a Happy Holidays!
Joe

Thanks for the add, Deena! Pleasure to meet you on Goodreads.

Hi Deena ,thank you become friend wiht me on here .

Thank you for becoming my Goodreads friend.
Eric