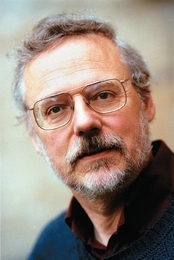 I am a Fellow of the British Academy, a Fellow of the Learned Society of Wales, and a socio of the Accademia dei Lincei." "Chris Wickham is Chichele Professor of Medieval History, and Faculty Board Chair 2009-12.

“he sacked Rome in 410, an event which shocked the Roman world much as 11 September 2001 shocked the United States, a huge, upsetting, symbolic blow to its self-confidence; but it was without other repercussions,”
― Chris Wickham, The Inheritance of Rome: Illuminating the Dark Ages, 400-1000
1 likes
Like

“There is a common medieval literary trope, and some actual cases, of enemies being invited to a meal to make peace, and then being killed while eating and drinking; it may have been a sensible strategy, for people’s guards were down, but it was very dishonourable indeed.”
― Chris Wickham, Medieval Europe
1 likes
Like

“Europe was not born in the early Middle Ages. No common identity in 1000 linked Spain to Russia, Ireland to the Byzantine empire (in what is now the Balkans, Greece and Turkey), except the very weak sense of community that linked Christian polities together. There was no common European culture, and certainly not any Europe-wide economy. There was no sign whatsoever that Europe would, in a still rather distant future, develop economically and militarily, so as to be able to dominate the world. Anyone in 1000 looking for future industrialization would have put bets on the economy of Egypt, not of the Rhineland and Low Countries, and that of Lancashire would have seemed like a joke. In politico-military terms, the far south-east and south-west of Europe, Byzantium and al-Andalus (Muslim Spain), provided the dominant states of the Continent, whereas in western Europe the Carolingian experiment (see below, Chapters 16 and 17) had ended with the break-up of Francia (modern France, Belgium and western Germany), the hegemonic polity for the previous four hundred years. The most coherent western state in 1000, southern England, was tiny. In fact, weak political systems dominated most of the Continent at the end of our period, and the active and aggressive political systems of later on in the Middle Ages were hardly visible.

National identities, too, were not widely prominent in 1000, even if one rejects the association between nationalism and modernity made in much contemporary scholarship.”
― Chris Wickham
tags: early-middle-ages, history, middle-ages
1 likes
Like

Is this you? Let us know. If not, help out and invite Chris to Goodreads.