David hasn't connected with their friends on Goodreads, yet.

Thomas Mann
Vladimir Nabokov
Marcel Proust
Virginia Woolf
Peter Carey
Toni Morrison
Richard Powers
Ian McEwan
Phillip Roth ...more
Member Since
February 2013
edit data
David Treuer is an Ojibwe Indian from Leech Lake Reservation in northern Minnesota. He is the recipient of a Pushcart Prize, and fellowships from the NEH, Bush Foundation, and the Guggenheim Foundation. He divides his time between his home on the Leech Lake Reservation and Minneapolis. He is the author of three novels and a book of criticism. His essays and stories have appeared in Esquire, TriQuarterly, The Washington Post, The Chicago Tribune, Lucky Peach, the LA Times, and Slate.com.

Treuer published his first novel, Little, in 1995. He received his PhD in anthropology and published his second novel, The Hiawatha, in 1999. His third novel The Translation of Dr Apelles and a book of criticism, Native American Fiction; A User's Manual appea David Treuer is an Ojibwe Indian from Leech Lake Reservation in northern Minnesota. He is the recipient of a Pushcart Prize, and fellowships from the NEH, Bush Foundation, and the Guggenheim Foundation. He divides his time between his home on the Leech Lake Reservation and Minneapolis. He is the author of three novels and a book of criticism. His essays and stories have appeared in Esquire, TriQuarterly, The Washington Post, The Chicago Tribune, Lucky Peach, the LA Times, and Slate.com.

Treuer published his first novel, Little, in 1995. He received his PhD in anthropology and published his second novel, The Hiawatha, in 1999. His third novel The Translation of Dr Apelles and a book of criticism, Native American Fiction; A User's Manual appeared in 2006. The Translation of Dr Apelles was named a Best Book of the Year by The Washington Post, Time Out, and City Pages. REZ LIFE is his newest book and is now out in paperback with Grove Press. ...more

Hi Everyone--I'll be reading and talking at ASU this Wednesday from 5-7 in Cochise 228. Here's a link: http://diversity.asu.edu/institutiona...

I'll be talking about the inspiration (and frustration) that led to REZ LIFE (or maybe a better way to say it is that stems from rez life . . . . sometimes).

I hope to see you all (and by all I mean ALL) there!

David Treuer is currently reading
How to Get Filthy Rich in Rising Asia
by Mohsin Hamid
bookshelves: currently-reading

“That Native American cultures are imperiled is important and not just to Indians. It is important to everyone, or should be. When we lose cultures, we lose American plurality -- the productive and lovely discomfort that true difference brings.”
― David Treuer, Rez Life: An Indian's Journey Through Reservation Life
6 likes
Like

“Watching him then, I simply couldn’t think of him doing anything other than winning. Loss wasn’t the norm, it couldn’t be. I didn’t have the words for it then, what it felt like to watch my cousin, whom I love and whose worries are our worries and whose pain is our pain, manage to be so good at something, to triumph so completely. More than a painful life, more than a culture or a society with the practice and perfection of violence as a virtue and a necessity, more than a meanness or a willingness to sacrifice oneself, what I felt—what I saw—were Indian men and boys doing precisely what we’ve always been taught not to do. I was seeing them plainly, desperately, expertly wanting to be seen for their talents and their hard work, whether they lost or won. That old feeling familiar to so many Indians—that we can’t change anything; can’t change Columbus or Custer, smallpox or massacres; can’t change the Gatling gun or the legislative act; can’t change the loss of our loved ones or the birth of new troubles; can’t change a thing about the shape and texture of our lives—fell away. I think the same could be said for Sam: he might not have been able to change his sister’s fate or his mother’s or even, for a while, his own. But when he stepped in the cage he was doing battle with a disease. The disease was the feeling of powerlessness that takes hold of even the most powerful Indian men. That disease is more potent than most people imagine: that feeling that we’ve lost, that we’ve always lost, that we’ve already lost—our land, our cultures, our communities, ourselves. This disease is the story told about us and the one we so often tell about ourselves. But it’s one we’ve managed to beat again and again—in our insistence on our own existence and our successful struggles to exist in our homelands on our own terms. For some it meant joining the U.S. Army. For others it meant accepting the responsibility to govern and lead. For others still, it meant stepping into a metal cage to beat or be beaten. For my cousin Sam, for three rounds of five minutes he gets to prove that through hard work and natural ability he can determine the outcome of a finite struggle, under the bright, artificial lights that make the firmament at the Northern Lights Casino on the Leech Lake Reservation.”
― David Treuer, The Heartbeat of Wounded Knee: Native America from 1890 to the Present
4 likes
Like

“If you want to know America—if you want to see it for what it was and what it is—you need to look at Indian history and at the Indian present. If you do, if we all do, we will see that all the issues posed at the founding of the country have persisted. How do the rights of the many relate to the rights of the few? What is or should be the furthest extent of federal power? How has the relationship between the government and the individual evolved? What are the limits of the executive to execute policy, and to what extent does that matter to us as we go about our daily lives? How do we reconcile the stated ideals of America as a country given to violent acts against communities and individuals? To what degree do we privilege enterprise over people? To what extent does the judiciary shape our understanding of our place as citizens in this country? To what extent should it? What are the limits to the state’s power over the people living within its borders? To ignore the history of Indians in America is to miss how power itself works.”
― David Treuer, The Heartbeat of Wounded Knee: Native America from 1890 to the Present
4 likes
Like 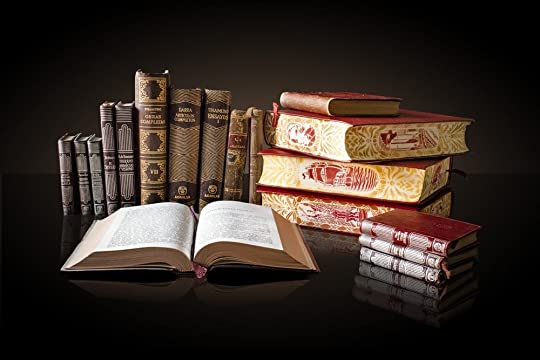 This poll will open on Wednesday November 27th and close Sunday December 1st.

Remember you cannot vote from the app - you must go thru a browser. If you do not know how, please message me. I cannot take your vote thru a message - you must cast your vote in the poll itself.

We have some really good nominations - with some really really long names - be sure to get your vote in.

Thanks to all the Ladies who made a nomination...


This Is Going to Hurt: Secret Diaries of a Junior Doctor

by Caroline Criado-Pérez
5 votes, 14.7%
The Worst Hard Time: The Untold Story of Those Who Survived the Great American Dust Bowl

by Timothy Egan
3 votes, 8.8%
The Heartbeat of Wounded Knee: Native America from 1890 to the Present

Allie Rowbottom
2 votes, 5.9%
A Woman of No Importance: The Untold Story of the American Spy Who Helped Win World War II

by Sonia Purnell
2 votes, 5.9%
Feminasty: The Complicated Woman's Guide to Surviving the Patriarchy Without Drinking Herself to Death

by Erin Gibson
2 votes, 5.9%
The Queen: The Forgotten Life Behind an American Myth

by Josh Levin
1 vote, 2.9%
An African American and Latinx History of the United States