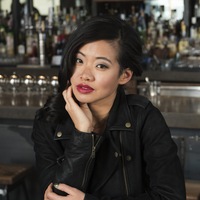 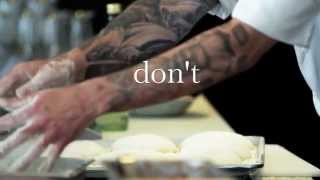 Visit her at www.jessicatom.com Jessica Tom is a writer and food blogger living in Brooklyn. She has worked on initiatives with food trucks, restaurants, hospitality startups, and citywide culinary programs. She graduated from Yale University with a concentration in fiction writing. FOOD WHORE: A Novel of Dining and Deceit is her first novel.

Visit her at www.jessicatom.com ...more

How do you deal with writer’s block?
Jessica Tom Just keep writing. Put words to the page. Then more words. More. And then everything will flow more easily.

When I was in college, Michael Cunningham …moreJust keep writing. Put words to the page. Then more words. More. And then everything will flow more easily.

When I was in college, Michael Cunningham came to speak and said something like, "There are times when I sit down and think I write gold. Other times, I think I'm writing sh!t. But when I look back on those passages a couple days later, I can't tell the difference." 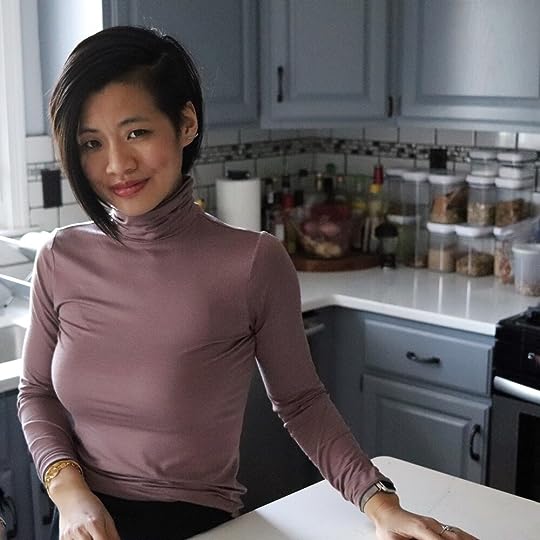 So, here we are. Never thought I’d ever have to cook this way (and we will for sure cherish the next time we can shop, cook, and eat the way we did before). But these extraordinary times call for a new way to think about food.

Your grocery runs are limited and you have to lean more on pantry staples. You may have to feed more people, for more meals. And you’ll either have more time at hom

“He stroked me on the head, and I nuzzled into him like a cat. I saw his chest heave, his lungs filling with his accomplishment, our accomplishment. I had never been so attracted to him, or any man, before.
Then he took me by the face and kissed me harder than I've ever been kissed. He kissed me over and over, his lips only loosely aiming for mine. He pulled my lips with the strong pucker of his mouth, then let them snap back. All I could do was give in. That's all I wanted to do.
We made our way to the couch, lips locked. He laid me back so my feet were off the ground and my head hung over the armrest. He massaged my neck hard, digging his fingers alongside my spine. His breathing took on a husky bite, an animal roughness that gave me goose bumps. His hands followed my curves, focusing on my hips and butt. I kicked my leg around and sat on his lap. It wasn't very comfortable, but it'd have to do.
"You are irresistible," he purred, and toyed with the straps of my dress.”
― Jessica Tom, Food Whore: A Novel of Dining and Deceit

“I shifted one strap over my shoulder, then the other. I circled my head around and swiveled my hips, creating a sort of hula hoop helix, a study in the curves of a woman's body. He reached for me, but I stepped back, just beyond his reach.
"Not yet..."
"Argh," he said, but he said it with a smile. "Yes, mademoiselle."
I turned around and grazed the tops of his knees with my butt, then spread my legs and bent over, because I knew the dress would ride up. I'd known this Hervé Léger was good for dancing, but I hadn't known until then that it was made for holding men entranced.
I stood up while his hand moved up and down my inner thigh, and then his other hand joined in. He unzipped the back of the dress and it fell to the ground with an unsexy sandbag-like thud. I had never stood in front of a man in just a bra, panties, and heels. My first instinct was to be embarrassed, to want to cover up or turn down the lights, to jump on him so he wouldn't have such a complete view of every inch of me.
Yet his gaze only grew in intensity.
But then Pascal pulled me at the knees so I buckled and tripped on the way to his lap. He flicked my bra open and off so my arms flew wildly in front of me. Then, in a rather impressive move, he slid my panties off and circled me around me so I was the one sitting and he stood over me. All of a sudden, he had the control.
"Hey," I said. A quiver came into my voice now that he was on top and I didn't know what to do.
Pascal unbuttoned his shirt and unbuckled his belt. I got the picture and began to kick off my shoes, but he stopped me.
"Leave them on," he said. "You look so fucking sexy in those heels."
I blushed, but now wasn't the time to be sheepish. He leaned over me. I squeezed his waist with my legs and held his neck in the crook of my elbows so I could keep his face to mine.
We rocked together forcefully but in sync. He swiftly slid off his boxer briefs and put my hand on him. He was even harder than before, harder than I had ever felt with Elliott. Pascal was roaring in triumph as he sat over me, himself in hand.”
― Jessica Tom, Food Whore: A Novel of Dining and Deceit

“In thirty minutes, Pascal was at my door with a bag of beignets he had freshly fried. We ate them in my bed, getting powdered sugar on our clothes, and then on our underwear, and then on our naked bodies.
"Who was that out there?" he said, his tongue edging up from my collarbone, to my neck, to the curve of my ear. His hands were on my butt, and my hands were on his. We were pressing into each other as much as we could, as much as was possible until we were finally one.
"No one," I said, as he began pushing into me.
No one, I repeated to myself. No one. No one.
Inside, a mountain of tension squeezed tighter and tighter before crunching into a tiny crystalline diamond. That diamond shattered into a billion pieces of wonder and I came harder than I'd ever come before. I was broken, but I was also new.
I silently cried myself to sleep with Pascal beside me. But when I woke up, I felt much better. Kissing Pascal had made me feel like another person. And after having sex with him, I knew that the change was finally complete.”
― Jessica Tom, Food Whore: A Novel of Dining and Deceit
tags: food-and-sex, lovemaking, pascal-fox, transformative
1 likes
Like

“Cram your head with characters and stories. Abuse your library privileges. Never stop looking at the world, and never stop reading to find out what sense other people have made of it. If people give you a hard time and tell you to get your nose out of a book, tell them you're working. Tell them it's research. Tell them to pipe down and leave you alone.”
― Jennifer Weiner
tags: book-lovers, reading, writing
762 likes
Like

“It is a special kind of homelessness to be evicted from your dreams.”
― Karen Russell, Sleep Donation
tags: insomnia
24 likes
Like

“Fiction is a kind of compassion-generating machine that saves us from sloth. Is life kind or cruel? Yes, Literature answers. Are people good or bad? You bet, says Literature. But unlike other systems of knowing, Literature declines to eradicate one truth in favor of another; rather, it teaches us to abide with the fact that, in their own way, all things are true, and helps us, in the face of this terrifying knowledge, continually push ourselves in the direction of Open the Hell Up.”
― George Saunders
106 likes
Like

“Uh-oh! BEWARE!!!" said Fensler. "Never, ever marry the best sex of your life. It only happens with someone who is very dangerous for you. It's passionate, exciting, but it generally indicates that you are pushing each other's dysfunctional buttons. Be very wary of men you are crazily sexually attracted to-they're the dangerous ones for you. That's what all analysis says in one form or another.”
― Plum Sykes, Bergdorf Blondes
20 likes
Like

Ruth Reichl
author of
Garlic an...