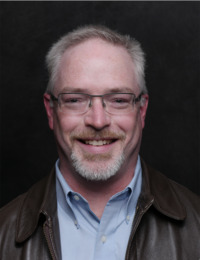 I’ve never written down my criteria for numbers of stars, but I don’t think I’ve ever given a 2-star, and definitely not a 1. I’m not some ninny from Rolling Stone magazine bashing a cult band just to curry favor with the editor-in-chief. For me, if something is going to be a 1 or 2, I’m probably going to put the book down unfinished and move on. I have a friend on Goodreads who writes epic reviews. He took a a Travis McGee series book by John D. MacDonald, gave it three out of five stars, and praises the book for two pages. I like that. To me, three stars is praise-worthy. It’s a little bit of "Dude. If you like this genre of hard-boiled crime fiction, you’re going to like this. If you don’t, you might want to check out the blurb and read a chapter or so and see what you think." Two stars might be a "Hey: this might not be for you, but you never know. Some people probably like this a ton." One star's for a "No. Just don’t."

Four stars is a "This is a very good book. This will build a fan-base. Read this one." I gave The Girl on the Train by Paula Hawkins and gave Find Her by Lisa Gardner four stars, and I referred them to my sister.

Five stars: These books make me emote. I’m not afraid to say so. I cry, laugh, love, and hate in some books. Instead of using books, I'll use movies. Almost any adult knows the last three here, and most will know the first two. The thriller movies Speed and True Lies appeared that year. By the above algorithm, these movies would bring four solid stars. The same year also brought us Forrest Gump, Pulp Fiction, and The Shawshank Redemption. That one year produced three of my top-ten all-time favorites. They all get five stars from me for different reasons. PF didn’t make me cry, but it entertained and wowed the ever-loving hell out of me. Forrest Gump and Shawshank both nearly killed me. I left the theaters drained. Books do that to me, too. Five-star books distract me at work and keep me up at night, even when I’m done reading them. They make me want to call my friends and go out for beer so we can talk about the stories. These books only fail in one thing, and that is reminding me I’m reading.