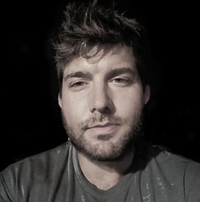 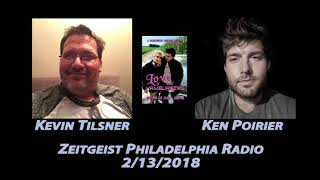 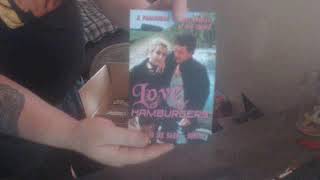 He is a graduate of Indiana University, Indiana River State College, and the Greater Hartford Academy of the Arts. He has been publishing as a freelance columnist since 2008 and published his first book, The Bear Wife, in 2015.

He has last been seen hanging out in the Los Angeles Goth scene.

You can always check out his website www.kenpoirier.com or get in touch with him through Wattpad or Goodreads.

Ken Poirier is a lover of stories. He chooses to express those stories in many ways, from writing, to performing, and creating video games, films, and more.

He is a graduate of Indiana University, Indiana River State College, and the Greater Hartford Academy of the Arts. He has been publishing as a freelance columnist since 2008 and published his first book, The Bear Wife, in 2015.

He has last been seen hanging out in the Los Angeles Goth scene.

You can always check out his website www.kenpoirier.com or get in touch with him through Wattpad or Goodreads.

Love and Hamburgers is about to be released

My new book, Love and Hamburgers, is one of two new romances being released by indie publisher MeTime Publishing. I got to see the cover put together today! 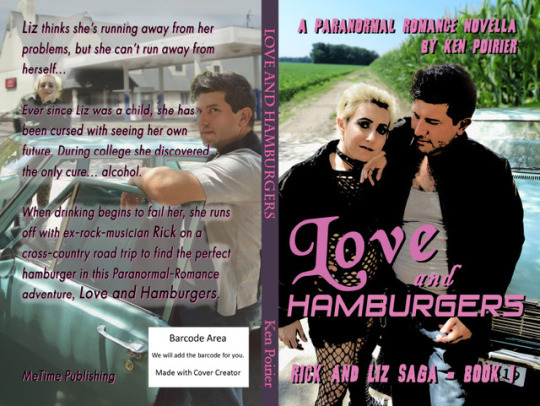 I'm so excited! And I must say, I look pretty sexy on the cover too!

Ken Poirier is currently reading
Four Novels of the 1960s: The Man in the High Castle / The Three Stigmata of Palmer Eldritch / Do Androids Dream of Electric Sheep? / Ubik
by Philip K. Dick
bookshelves: currently-reading, sci-fi

“The world is like a ride in an amusement park, and when you choose to go on it you think it's real because that's how powerful our minds are. The ride goes up and down, around and around, it has thrills and chills, and it's very brightly colored, and it's very loud, and it's fun for a while. Many people have been on the ride a long time, and they begin to wonder, "Hey, is this real, or is this just a ride?" And other people have remembered, and they come back to us and say, "Hey, don't worry; don't be afraid, ever, because this is just a ride." And we … kill those people. "Shut him up! I've got a lot invested in this ride, shut him up! Look at my furrows of worry, look at my big bank account, and my family. This has to be real." It's just a ride. But we always kill the good guys who try and tell us that, you ever notice that? And let the demons run amok … But it doesn't matter, because it's just a ride. And we can change it any time we want. It's only a choice. No effort, no work, no job, no savings of money. Just a simple choice, right now, between fear and love. The eyes of fear want you to put bigger locks on your doors, buy guns, close yourself off. The eyes of love instead see all of us as one. Here's what we can do to change the world, right now, to a better ride. Take all that money we spend on weapons and defenses each year and instead spend it feeding and clothing and educating the poor of the world, which it would pay for many times over, not one human being excluded, and we could explore space, together, both inner and outer, forever, in peace.”
― Bill Hicks
579 likes

In his house at R'lyeh dead Cthulhu waits dreaming.”
― H.P. Lovecraft, The Call of Cthulhu

Edwin A. Abbott
author of
Flatland:...