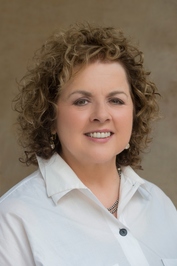 “In all, 86 per cent of the increased life expectancy was due to decreases in infectious diseases. And the bulk of the decline in infectious disease deaths occurred prior to the age of antibiotics. Less than 4 per cent of the total improvement in life expectancy since 1700s can be credited to twentieth-century advances in medical care.”
― Laurie Garrett, Betrayal of Trust: The Collapse of Global Public Health
tags: science
9 likes
Like

“Ebola haunted Zaire because of corruption and political repression. The virus had no secret powers, nor was it unusually contagious. For centuries Ebola had lurked in the jungles of central Africa. Its emergence into human populations required the special assistance of humanity's greatest vices : greed, corruption, arrogance, tyranny, and callousness.”
― Laurie Garrett, Betrayal of Trust: The Collapse of Global Public Health
tags: health
9 likes
Like

“Consider the difference in size between some of the very tiniest and the very largest creatures on Earth. A small bacterium weights as little as 0.00000000001 gram. A blue whale weighs about 100,000,000 grams. Yet a bacterium can kill a whale … . Such is the adaptability and versatility of microorganisms as compared with humans and other so-called “higher” organisms, that they will doubtless continue to colonise and alter the face of the Earth long after we and the rest of our cohabitants have left the stage forever. Microbes, not macrobes, rule the world. —Bernard Dixon, 1994”
― Laurie Garrett, The Coming Plague: Newly Emerging Diseases in a World Out of Balance
3 likes
Like

Is this you? Let us know. If not, help out and invite Laurie to Goodreads.