,
Discover new books on Goodreads
See if your friends have read any of Stephen Hunter's books 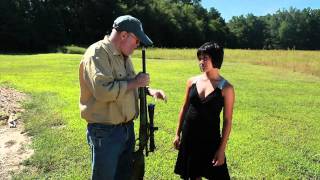 Stephen hasn't connected with his friends on Goodreads, yet.

Rob Nussbaum Thank you very much for taking the time to answer. I should get an unconnected computer too. Those sites are definitely distracting ;)
Jun 11, 2015 08:40AM · flag

4.00 avg rating — 8,818 ratings
Quotes by Stephen Hunter  (?)
Quotes are added by the Goodreads community and are not verified by Goodreads. (Learn more)
“You’re a genius,” she said. “Hardly,” he said. “I just show up and pay attention.”
― Stephen Hunter, Sniper's Honor
15 likes
Like

“The worst moment was always taps. It didn’t matter if the bugler played it well or poorly, in tune or out; there was something in the mournful ache of the music, and how it spoke of men dying before their time for something they only vaguely understood and being only vaguely appreciated by the people on whose behalf they died, that made it hurt so much.”
― Stephen Hunter, Dirty White Boys
7 likes
Like

“As I said, the good die young, and the motherfuckers go on forever, pardon my French.”
― Stephen Hunter, Sniper's Honor
4 likes
Like

What book would you like to read in April? A book you would recommend to Stephen King