,
Discover new books on Goodreads
See if your friends have read any of Thomas A. Harris's books 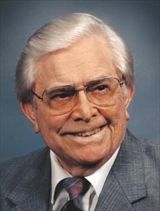 · 19,230 ratings · 628 reviews · 7 distinct works • Similar authors
More books by Thomas A. Harris…
Quotes by Thomas A. Harris  (?)
Quotes are added by the Goodreads community and are not verified by Goodreads. (Learn more)
“Three things make people want to change. One is that they hurt sufficiently. They have beat their heads against the same wall so long that they decide they have had enough. They have invested in the same slot machines without a pay-off for so long that they finally are willing either to stop playing, or to move on to others. Their migraines hurt, their ulcers bleed. They are alcoholic. They have hit the bottom. They beg for relief. They want to change.

Another thing that makes people want to change is a slow type of despair called ennui, or boredom. This is what the person has who goes through life saying, "So what?" until he finally asks the ultimate big "So What?" He is ready to change.

A third thing that makes people want to change is the sudden discovery that they can. This has been an observable effect of Transactional Analysis. Many people who have shown no particular desire to change have been exposed to Transactional Analysis through lectures or by hearing about it from someone else. This knowledge has produced an excitement about new possibilities, which has led to their further inquiry and a growing desire to change. There is also the type of patient who, although suffering from disabling symptoms, still does not really want to change. His treatment contract reads, "I'll promise to let you help me if I don't have to get well." This negative attitude changes, however, as the patient begins to see that there is indeed another way to live. A working knowledge of P-A-C makes it possible for the Adult to explore new and exciting frontiers of life, a desire which has been there all along but has been buried under the burden of the NOT OK.”
― Thomas A. Harris, I'm OK - You're OK
tags: change, choice, responsibility
15 likes
Like

“Through the Adult the little person can begin to tell the difference between life as it was taught and demonstrated to him (Parent), life as he felt it or wished it or fantasied it (Child), and life as he figures it out by himself (Adult).”
― Thomas A. Harris, I'm OK - You're OK
11 likes
Like

“blind man in a dark room looking for a black cat that isn’t there.”
― Thomas A. Harris, I'm OK - You're OK
7 likes
Like

See all Thomas A. Harris's quotes »