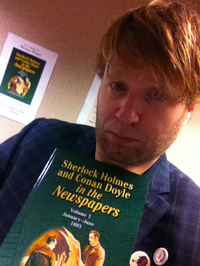 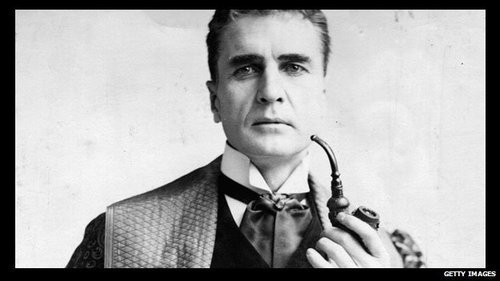 William Gillette's 1916 film Sherlock Holmes has been the stuff of Sherlockian legend for over 100 years - assumed lost since c. 1918, the film was comprised of the only motion picture recording of William Gillette performing his most famous role, that of the Great Detective, honed on the stage for decades. Then one magical day in early 2014 a remarkable di

Matt is currently reading
Out of the Abyss: a facsimile of the original manuscript of "The Adventure of the Empty House", with annotations and commentary
by Arthur Conan Doyle
bookshelves: currently-reading

I thought people living in Brooklyn were supposed to have more friends than books.