Discover new books on Goodreads
See if your friends have read any of T.E.D. Klein's books 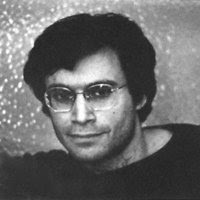 “Horror, let's face it, is basically pretty dumb. You're writing about events that are preposterous, and the trick is to dress them up in language so compelling that the reader doesn't care.”
― T.E.D. Klein, Seeing Red
tags: genre, horror
7 likes
Like

“Then, idly scratching his nose, he walks to the bookcase in the living room and stoops before a set of drab brown Victorian volumes gathering dust on the second shelf from the bottom.

How amusing, he thinks, as he withdraws one of them-amusing that a key to dark and ancient rites should survive in such innocuous-looking form.

A young fool like Freirs would probably refuse to believe it. Like the rest of his doomed kind, he'd probably expect such lore to be found only in ancient leather-bound tomes with gothic lettering and portentously sinister titles. He'd search for it in mysterious old trunks and private vaults, in the "restricted" sections of libraries, in intricately carved wood chests with secret compartments.

But there are no real secrets, the Old One knows. Secrets are ultimately too hard to conceal. The keys to the rites that will transform the world are neither hidden nor rare nor expensive. They are available to anyone. You can find them on the paperback racks or in any second-hand bookshop.”
― T.E.D. Klein, The Ceremonies
tags: grimoire, horror, magic, secrets, tome
3 likes
Like

“She took particular comfort in certain familiar sights and sounds that marked her day: the buzz of the fluorescent lights, the pale figures sprawled silent and motionless over their reading, the reassuring feel of her book cart as she wheeled it down the aisle, and the books themselves, symbols of order on their backs - young adulthood reduced to "YA," mystery reduced to a tiny red skull.”
― T.E.D. Klein, The Ceremonies
tags: librarian, librarians, libraries, library
2 likes
Like

What book should the Literary Horror group choose and actually read for June 2019?

Is this you? Let us know. If not, help out and invite T.E.D. to Goodreads.