Discover new books on Goodreads
See if your friends have read any of John G. Turner's books 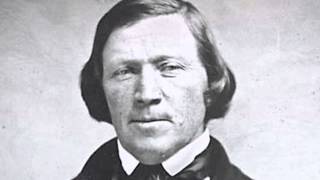 “In December 1861, upset at her exclusion from a family party, she informed him that “while ruminating this morning upon all my grievances and the indignities I had endured I inadvertantly said S__ t upon him.”17 While never as open with her complaints as Augusta Adams, Emmeline Free resented the fact that Amelia Folsom became her husband’s preferred consort. She lived the last few years of her life as an invalid, a “dope fiend” addicted to morphine, according to Young’s daughter Susa. The ledger of Young’s family store documents Emmeline’s frequent acquisition of morphine, a common relief for many chronic illnesses in the late nineteenth century. Young’s correspondence reveals an ongoing concern for Emmeline’s welfare. In December 1874, for example, Young telegraphed Emmeline from St. George, encouraging her to “ferment” and then take some medicinal roots. Despite such attempts, she died in 1875.18”
― John G. Turner, Brigham Young: Pioneer Prophet
0 likes
Like

“Young rarely showed outward grief and discouraged public displays of mourning. He had kept his tears to himself after Joseph Smith’s death, and he did not participate in deathbed vigils for his first wife Miriam or his father. When his daughter Mary Eliza Croxall (by Clarissa Ross) died in 1871, a “shocked” and sickened Young cancelled all business and simply remained inside for a day. As the summer of 1875 drew to a close, though, Young’s emotions were unusually ragged. One month after Joseph Angell’s death, George A. Smith died. For four decades, Smith and Young had been at the center of the church’s history: the 1834 Zion’s Camp march, the 1840–1841 mission to England, the tumultuous events of Nauvoo, and the exodus. At his friend’s funeral, Young uncharacteristically wept.2”
― John G. Turner, Brigham Young: Pioneer Prophet
0 likes
Like