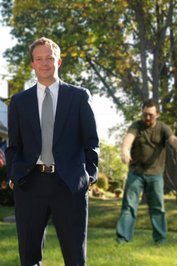 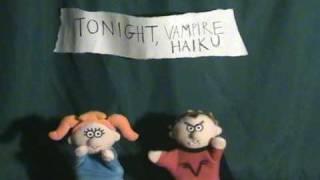 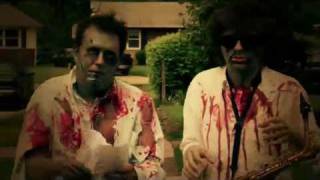 A book away from an episode of hoarders

If Famous Poets Wrote Zombie Haiku (Poetry)
1 chapters   —   updated Feb 11, 2009 09:43AM
Description: Here are some short poems I wrote in the voice of some of my favorite poets, as if they were writing a zombie poem in 5,7,5 syllable structure.

“If the dawn should break
and take away this sunrise,
I hope I break, too.”
― Ryan Mecum, Zombie Haiku: Good Poetry for Your...Brains
tags: haiku
24 likes
Like

Choose our MARCH Book of the Month! :D

“If the sky falls they shall have clouds for supper.”
― Charles Simic, The World Doesn't End: Prose Poems
37 likes
Like

“The problem with being nuts, she thought, is that you don't always feel as if you're nuts. Sometimes, in fact, you feel perfectly sane, and there just happens to be a trailer-shaped dragon crouching in the lot next door.”
― Christopher Moore
157 likes
Like

I want the scissors to be sharp
and the table perfectly level
when you cut me out of my life
and paste me in that book you always carry.”
― Billy Collins, Sailing Alone Around the Room: New and Selected Poems
99 likes
Like

Robert Kirkman
author of
The Walki...

Billy Collins
author of
Sailing A...

Good morning Ryan and thanks for being a friend!
Blessings,
Jeannie

Thanks for adding me! I gave Zombie Haiku to my brother for xmas. I'm looking forward to your future work :)

Tania wrote: "I loved Zombie Haiku! I'm giving it as a gift to my boyfriend for Valentine's day :)"

I can think of few better gifts. Thank you.

I loved Zombie Haiku! I'm giving it as a gift to my boyfriend for Valentine's day :)