Discover new books on Goodreads
See if your friends have read any of Christopher P.N. Maselli's books 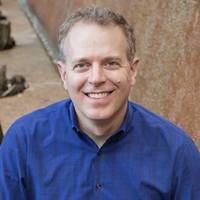 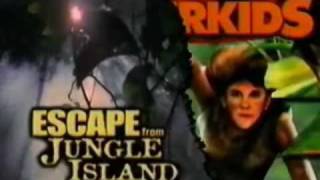 Everyone writes differently. In this episode of the Writing Momentum podcast, Gena shares the tech and tricks she uses to pump out manuscripts, make deadlines, and get his writing noticed. (Plus, get your free goal-setting for authors ebook!)

Get your FREE Move the Needle goal-setting for authors ebook at https://www.writingmomentum.comPost to social media FAST with our favorite social media Read more of this blog post »
View more on Christopher P.N. Maselli's website »
Like  •  0 comments  •  flag

“I do believe in simplicity. It is astonishing as well as sad, how many trivial affairs even the wisest thinks he must attend to in a day; how singular an affair he thinks he must omit. When the mathematician would solve a difficult problem, he first frees the equation of all incumbrances, and reduces it to its simplest terms. So simplify the problem of life, distinguish the necessary and the real. Probe the earth to see where your main roots run. ”
― Henry David Thoreau
tags: simplicity, wisdom
392 likes

“Inspiration and confidence and conviction and craft and knowledge are not what make writing possible. It's exactly the other way around. Writing makes them possible.”
― Stephen Koch, The Modern Library Writer's Workshop: A Guide to the Craft of Fiction
0 likes

“forgot about my huge goal. I focused on what I could control: what I did every day. After a little experimentation and a lot of thought, I settled on a process. Because the Internet never sleeps, here’s what I did every day: Write a new post. Without fail. No excuses. Build relationships. I contacted three people who tweeted my posts that day, choosing the three who seemed most influential, the most noteworthy, the most “something” (even if that “something” was just “thoughtful comment”). Then I sent an e-mail—not a tweet—and said thanks. My goal was to make a genuine connection. Build my network. I contacted one person who might be a great source for a future post. I aimed high: CEOs, founders, entrepreneur-celebrities . . . people with instant credibility and engaged followings. Many didn’t respond. But some did. And some have become friends and appear in this book. Add three more items to my “list of great headlines.” Headlines make or break posts: A great post with a terrible headline will not get read. So I worked hard to learn what worked for other people—and to adapt their techniques for my own use. Evaluate recent results. I looked at page views. I looked at shares and likes and tweets. I tried to figure out what readers responded to, what readers cared about. Writing for a big audience has little to do with pleasing yourself and everything to do with pleasing an audience, and the only way to know what worked was to know the audience. Ignore my editor. I liked my editor. But I didn’t want her input because she knew only what worked for columnists who were read by a maximum of 300,000 people each month. My goal was to triple that, which meant I needed to do things differently. We occasionally disagreed, and early on I lost some of those battles. Once my numbers started to climb, I won a lot more often, until eventually I was able to do my own thing. Sounds simple, right? In a way it was, because I followed a self-reinforcing process:”
― Jeff Haden, The Motivation Myth: How High Achievers Really Set Themselves Up to Win
1 likes

“Guy Kawasaki sums up this dichotomy nicely: “There are two kinds of people: eaters and bakers. Eaters think the world is a zero-sum game: what someone else eats, they cannot eat. Bakers do not believe that the world is a zero-sum game because they can bake more and bigger pies. Everyone can eat more. People trust bakers and not eaters.”
― Anne H. Janzer, The Writer's Process: Getting Your Brain in Gear
0 likes