,
Discover new books on Goodreads
See if your friends have read any of Angela D. Mitchell's books 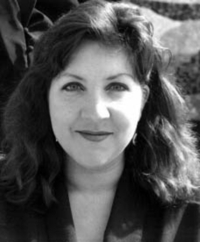 Current works also include the novella FALADA, and the short story collection THE BETRAYALS OF WOMEN, both on sale at Amazon now. Her story THE BRIDGE is available for purchase as a Kindle single, and can also be found as part of the Westmarch collection IMAGINARIUM.

Angela has always been inspired by fairy tales and legends, as well as by authors like Robin McKinley, Angela Carter, Peter S. Beagle, Gregory Maguir Angela Mitchell is a writer, columnist and playwright whose stories and works have appeared in WRITER'S DIGEST, FABLES MAGAZINE, ANOTHEREALM, TERROR TALES, and more. Her story "Until My Dancing Days Are Done," received the Reader's Choice Award from FABLES MAGAZINE and inspired her latest release, the expanded novella DANCING DAYS.

Current works also include the novella FALADA, and the short story collection THE BETRAYALS OF WOMEN, both on sale at Amazon now. Her story THE BRIDGE is available for purchase as a Kindle single, and can also be found as part of the Westmarch collection IMAGINARIUM.

Angela has always been inspired by fairy tales and legends, as well as by authors like Robin McKinley, Angela Carter, Peter S. Beagle, Gregory Maguire and others who found new magic in the oldest of stories. She brings to her worlds a delicate sense of dread and enchantment, and of beauty and beastliness around every corner.

“Yes: I am a dreamer. For a dreamer is one who can only find his way by moonlight, and his punishment is that he sees the dawn before the rest of the world.”
― Oscar Wilde, The Critic as Artist
tags: dreaming, dreams, imagination
14438 likes

“PIPPIN: I didn't think it would end this way.

GANDALF: End? No, the journey doesn't end here. Death is just another path, one that we all must take. The grey rain-curtain of this world rolls back, and all turns to silver glass, and then you see it.

PIPPIN: What? Gandalf? See what?

GANDALF: White shores, and beyond, a far green country under a swift sunrise.

PIPPIN: Well, that isn't so bad.

All save one. There waiting, silent and still in the space before the Gate, sat Gandalf upon Shadowfax: Shadowfax who alone among the free horses of the earth endured the terror, unmoving, steadfast as a graven image in Rath Dínen.
"You cannot enter here," said Gandalf, and the huge shadow halted. "Go back to the abyss prepared for you! Go back! Fall into the nothingness that awaits you and your Master. Go!"
The Black Rider flung back his hood, and behold! he had a kingly crown; and yet upon no head visible was it set. The red fires shone between it and the mantled shoulders vast and dark. From a mouth unseen there came a deadly laughter.
"Old fool!" he said. "Old fool! This is my hour. Do you not know Death when you see it? Die now and curse in vain!" And with that he lifted high his sword and flames ran down the blade.

And in that very moment, away behind in some courtyard of the city, a cock crowed. Shrill and clear he crowed, recking nothing of war nor of wizardry, welcoming only the morning that in the sky far above the shadows of death was coming with the dawn.
And as if in answer there came from far away another note. Horns, horns, horns, in dark Mindolluin's sides they dimly echoed. Great horns of the north wildly blowing. Rohan had come at last.”
― J.R.R. Tolkien, The Return of the King
212 likes

“Yes—but your luck will come more at the end of life than at the beginning, because the other sort of people won’t understand the way your mind works. They will start by thinking you dreamy and romantic, and then they’ll be surprised to discover that you are really hard and heartless, they’ll be quite wrong both times—but they won’t ever know it, and you won’t know it at first, and it’ll worry you.”
― Dorothy L. Sayers, The Nine Tailors
1 likes

“Many that live deserve death. And some that die deserve life. Can you give it to them? Then do not be too eager to deal out death in judgement.”
― J.R.R. Tolkien, The Fellowship of the Ring
tags: capital-punishment, death-penalty, gandalf, j-r-r-tolkien, lord-of-the-rings
1759 likes