Discover new books on Goodreads
See if your friends have read any of Laurence C. Smith's books 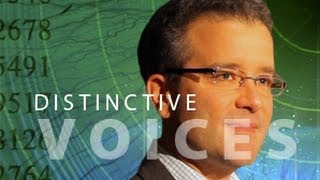 edit data
Laurence C. Smith is the John Atwater and Diana Nelson University Professor of Environmental Studies and Professor of Earth, Environmental and Planetary Sciences at Brown University. Previously, he was Professor and Chair of Geography at the University of California, Los Angeles. He is a Fellow of the American Geophysical Union and of the John S. Guggenheim Foundation, and his scientific research has appeared in the New York Times, the Wall Street Journal, The Economist, the Los Angeles Times, and the Washington Post, and on NPR, CBC Radio, and BBC, among others. His first book, The World in 2050, won the Walter P. Kistler Book Award and was a Nature Editor’s Pick of 2012.

“In my own city of Los Angeles, everyone will gladly pay a hundred dollars a month for cable television, yet would roar in protest if forced to pay that much for life’s elixir piped directly into their homes. When Governor Schwarzenegger declared a state of drought emergency, I studied my water bill closely for the first time in my life. For two months of clean drinking water, snared from faraway sources, and delivered to my house by one of the world’s most expensive and elaborate engineering schemes, I was charged $20.67. I spend more on postage stamps.

If only everyone could indulge such ignorant bliss…”
― Laurence C. Smith, The World in 2050: Four Forces Shaping Civilization's Northern Future
1 likes
Like

“What makes coming home so jarring, compared to other returns from other exotic places—―isn't simply culture shock. It's human shock, seeing so many people again after dwelling in a place so empty of them.”
― Laurence C. Smith, The World in 2050: Four Forces Shaping Civilization's Northern Future
tags: cominghomefromspm
1 likes
Like

“Clearly, the whole concept of “retirement” is about to undergo a major overhaul. People will have to work later in life, at least part-time, and perhaps as long as they are able. This is not necessarily a bad thing, as there is some evidence that most people are actually happier with a phased retirement 85 just so long as they perceive a sense of choice in the matter.86 On the other hand, a “gray crime wave” has now begun in Japan: Arrests of struggling pensioners over age sixty-five has doubled—mostly for shoplifting and pickpocketing—and the number incarcerated has tripled to over 10% of Japan’s prison population.87 It is also apparent that some big cultural shifts will be needed in the way we treat and value our elderly. “Our society must learn that ageing and youth should be valued equally,” writes Leonard Hayflick of the UCSF School of Medicine, “if for no other reason than the youth in developed countries have an excellent chance of experiencing the phenomenon that they may now hold in such low esteem.”
― Laurence C. Smith, The World in 2050: Four Forces Shaping Civilization's Northern Future
1 likes
Like

Is this you? Let us know. If not, help out and invite Laurence to Goodreads.