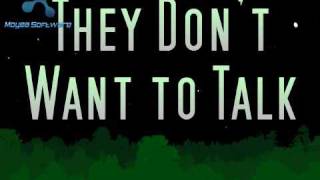 Query and First 250 Words for Buried

Mike and Sam must save the world from a time loop, but they only want to save each other--and that's what's causing the loop.

After his boyfriend Sam is killed in a car crash, soldier-turned-copper Mike Scott buries himself in investigating a modern body that's been dug up at an undisturbed sixteenth-century site. But his investigation leads him back to Read more of this blog post »
View more on Debbie Moorhouse's website »
Like  •  0 comments  •  flag

“I love deadlines. I love the whooshing noise they make as they go by.”
― Douglas Adams, The Salmon of Doubt
tags: deadlines, humor, humour, work, writing
31754 likes

“The mother who lay in the grave, was the mother of my infancy; the little creature in her arms, was myself, as I had once been, hushed for ever on her bosom.”
― Charles Dickens
tags: david-copperfield, fiction
5 likes

“But I have been too deeply hurt, Sam. I tried to save the Shire, and it has been saved, but not for me. It must often be so, Sam, when things are in danger: some one has to give them up, lose them, so that others may keep them.”
― J.R.R. Tolkien, The Return of the King
tags: hurt, salvation
1266 likes

“...if that energy could have been channelled into anything more than noise, waste and pain it would have lighted up Indochina for a thousand years.”
― Michael Herr
tags: dispatches, memoir
12 likes

“The person, be it gentleman or lady, who has not pleasure in a good novel, must be intolerably stupid.”
― Jane Austen, Northanger Abbey
tags: aliteracy, books, classic, humor
50057 likes

Thanks for the add, Debbie. :)

I did finally get a copy, thanks! As for how much I paid for it...way too much.

So, did you ever get your "Gather Yourselves Together" novel? Also, how much did you buy it for? That is a difficult one for me to complete my PKD collection. :/