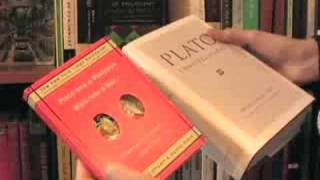 edit data
Thomas Cathcart and Daniel Klein wrote the bestselling Plato and a Platypus Walk into a Bar: Understanding Philosophy Through Jokes, which will be translated into more than a dozen languages. Not bad for a couple of philosophy majors from Harvard who tried on various careers after graduation. Tom worked with street gangs in Chicago, doctors at Blue Cross and Blue Shield, and dropped in and out of divinity schools. Dan has written jokes for various comedians, including Flip Wilson and Lily Tomlin. Tom lives on Cape Cod with his wife. Dan lives in the Berkshires with his wife. Together, they are also authors of the politically incorrect book of daily affirmations Macho Meditations."

“Holmes and Watson are on a camping trip. In the middle of the night Holmes wakes up and gives Dr. Watson a nudge. "Watson" he says, "look up in the sky and tell me what you see."

"And what do you conclude from that, Watson?"

Watson thinks for a moment. "Well," he says, "astronomically, it tells me that there are millions of galaxies and potentially billions of planets. Astrologically, I observe that Saturn is in Leo. Horologically, I deduce that the time is approximately a quarter past three. Meterologically, I suspect that we will have a beautiful day tomorrow. Theologically, I see that God is all-powerful, and we are small and insignficant. Uh, what does it tell you, Holmes?"

“Some have argued that because the universe is like a clock, there must be a Clockmaker. As the eighteenth-century British empiricist David Hume pointed out, this is a slippery argument, because there is nothing that is really perfectly analogous to the universe as a whole, unless it's another universe, so we shouldn't try to pass off anything that is just a part of this universe. Why a clock anyhow? Hume asks. Why not say the universe is analogous to a kangaroo? After all, both are organically interconnected systems. But the kangaroo analogy would lead to a very different conclusion about the origin of the universe: namely, that it was born of another universe after that universe had sex with a third universe. ”
― Thomas Cathcart, Plato and a Platypus Walk Into a Bar: Understanding Philosophy Through Jokes
24 likes
Like

Is this you? Let us know. If not, help out and invite Thomas to Goodreads.