Discover new books on Goodreads
See if your friends have read any of Glenn R. Schiraldi's books 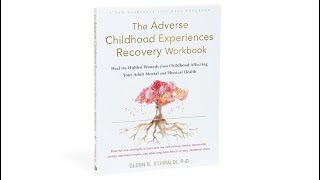 “Severe early childhood trauma creates a child with equally intense coping mechanisms—these children are often seen as “mature for their age” and “old souls.” While maybe true, it often negates the fact that their innocence was taken away at an early age and they are in survival mode. —Azia Archer”
― Glenn R. Schiraldi, The Adverse Childhood Experiences Recovery Workbook: Heal the Hidden Wounds from Childhood Affecting Your Adult Mental and Physical Health
1 likes
Like

“As mentioned, once implicit memories are formed, they may be triggered by present events. Because these memories are not managed by the logical mind, they resurface with the same emotions and sensations as when originally experienced. Thus, your boss’s criticism might feel just like being severely scolded as a child by a critical parent. Never mind that the adult being criticized is now “successful.” Because implicit memories are not settled and situated in the verbal and logical brain, they are only marginally affected by words or logic. Other approaches are called for, as we’ll soon see. These approaches do not target primarily the logical, verbal left brain, but the regions of the brain that regulate emotions, images, and bodily sensations.”
― Glenn R. Schiraldi, The Adverse Childhood Experiences Recovery Workbook: Heal the Hidden Wounds from Childhood Affecting Your Adult Mental and Physical Health
1 likes
Like

“Secure attachment reflects the deep emotional bond that forms in the first months of life between an infant and the primary caregiver when the child feels consistently loved and cared for. The caregiver conveys in many ways that the child is safe, protected, and valued: by holding, skin-to-skin touching, kissing, and hugging; by loving gazes and facial expressions; by safe, rhythmic gestures and vocal sounds; by timely attention to the infant’s needs; and by smiling, laughing, and having fun with the child. Through repeated encounters that are sensitive to the child’s needs, the child learns that the caregiver is available and responsive, and will not abandon her.”
― Glenn R. Schiraldi, The Adverse Childhood Experiences Recovery Workbook: Heal the Hidden Wounds from Childhood Affecting Your Adult Mental and Physical Health
1 likes
Like

Is this you? Let us know. If not, help out and invite Glenn to Goodreads.