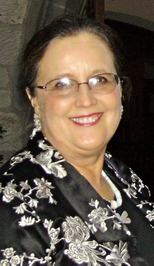 The Scottish Medieval Lordship of the Isles: an Introduction

The Kingdom and Lordship of the Isles lasted roughly four hundred years, yet this intriguing period of medieval Scottish Highland history is frequently glossed over in general histories of Scotland, given at most a page or two. Emerging out of the Gaelic kingdom of Dalriada and the later Norse occupation of many areas in Western Scotland, the Lordship of the Isles stands in stark contrast to the m Read more of this blog post »
Like  •  0 comments  •  flag

Alexander McCall Smith
author of
The No. 1...

Karleen Koen
author of
Through a...

Beth wrote: "Hi Susan,
Thanks for befriending this fellow mystery author on Goodreads!"

Hi Beth--Looking forward to sharing books and thoughts. Thanks for recommending the Goodreads site! Susan McDuffie

Hi Susan,
Thanks for befriending this fellow mystery author on Goodreads!