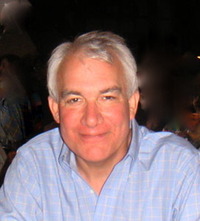 Bill Moyers had a guest the other day who described the process by which the Taliban in Afghanistan recruited and indoctrinated young male villagers in remote regions.
I was reminded that, the more things change, the more they stay the same.
Following is a piece written by Bill Negron, my former Company Commander in Vietnam who, during his first tour in Vietnam (1964-1965), was an advisor to th Read more of this blog post »
View more on Jack McLean's website »
Like  •  0 comments  •  flag