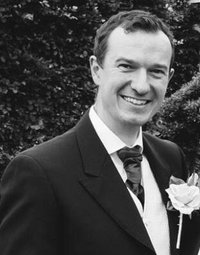 8,035 books | 394 friends
Friend details
Through Goodreads
"Once upon a time, I added myself to goodreads!"

Born
Sunderland, The United Kingdom
Website
http://www.allegianceofblood.com
Genre
Historical Fiction
Member Since
April 2009
edit data
Since childhood I have been a passionate enthusiast of seventeenth century history, taking part in battle re-enactments and visiting historic sites. I am 29 years old, live in Durham, England. Apart from personal enjoyment, I decided to write because I wanted to contribute to knowledge of the 17th century, and help keep the historical events alive.

In 1644 the British Civil War was ravaging the realm. The royalists supporting King Charles I were in the ascent in Cheshire, with Nantwich being the last bastion holding out for Parliament. On 18th January the town faced becoming the next victim of Baron John Byron of Rochdale, a brutal commander whose heart was as cold as that January’s sno... Read more of this blog post »
1 like · Like  •  0 comments  •  flag

Which book would you like to read for our June 1 - July 1 History group read?