Discover new books on Goodreads
See if your friends have read any of Richard M. Rorty's books 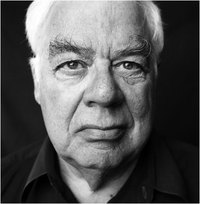 “There is nothing deep down inside us except what we have put there ourselves.”
― Richard Rorty
tags: philosophy, pragmatism
68 likes
Like

“Truth is what your contemporaries let you get away with.”
― Richard Rorty
tags: pragmatism, relativism, truth
60 likes
Like

“members of labor unions, and un-organized unskilled workers, will sooner or later realize that their government is not even trying to prevent wages from sinking or to prevent jobs from being exported. Around the same time, they will realize that suburban white-collar workers - themselves desparately afraid of being downsized - are not going to let themselves be taxed to provide social benefits for anyone else.
At that point, something will crack. The non-suburban electorate will decide that the system has failed and start looking around for a strongman to vote for - someone willing to assure them that once he is elected, the smug bureaucrats, tricky lawyers, overpaid bond salesmen and post modernist professors will no longer be calling the shots...
One thing that is very likely to happen is that the gains made in the past forty years by black and brown Americans, and by homosexuals, will be wiped out. Jocular contempt for women will come back into fashion... All the resentment which badly educated Americans feel about having their manners dictated to them by college graduates will find an outlet pp89-90”
― Richard M. Rorty
tags: neoliberalism, politics
45 likes
Like