Goodreads helps you follow your favorite authors. Be the first to learn about new releases!
Start by following Pete Dexter.
Follow Author

Miss Mary nodded and looked over at her in a slow, tired way. "That's your common sense talkin'," she said. "That man scare anybody got common sense.”
― Pete Dexter, Paris Trout

2 likes
Like
“I had noticed, even then, that there were certain women whom other women instinctively disliked, and that these women invariably had more bait in the water than the women who disliked them.”
― Pete Dexter, The Paperboy
2 likes
Like
“A newspaper story, like anything else, is more attractive from a distance, when it first comes to you, than it is when you get in close and agonize over the details. Which I presume is how Yardley got in the habit of keeping himself at a distance.”
― Pete Dexter, The Paperboy
2 likes
Like
“...fill the holes with facts, not flowers.”
― Pete Dexter, The Paperboy
2 likes
Like
“Not for the first time Spooner was reminded that marriage was not the straighforward assembly the instruction book led you to believe.”
― Pete Dexter
2 likes
Like
“From my own experience, I can tell you that there are mornings when you sit down at the typewriter and knock out three pages in forty-five minutes, and you look at yourself in the toaster over breakfast and your head’s all misshapen and pointy, and you say, “Son, you were born with talent.”
― Pete Dexter, Paper Trails: True Stories of Confusion, Mindless Violence, and Forbidden Desires, a Surprising Number of Which Are Not About Marriage
1 likes
Like
“He was a newspaperman,' he said, 'but there's some people who should never leave Savannah.”
― Pete Dexter, The Paperboy
1 likes
Like
“and low-life cable network producers, who have never had a thought in their heads that did not come from something else they saw on cable television, are so unthreatened by me that they feel safe stealing my stuff and claiming to have had sudden strokes of genius.”
― Pete Dexter, Paper Trails: True Stories of Confusion, Mindless Violence, and Forbidden Desires, a Surprising Number of Which Are Not About Marriage
1 likes
Like
“It is now 55 years since my last book report, which is a long time to live with a guilty conscience. So here it is: In the spring of 1956 I wrote a highly favorable review of the Bible without reading a word of it, and it was the last A I ever got in English. Why it has taken so long to come clean I'm not sure, except I have always been extremely sensitive about my academic reputation.”
― Pete Dexter
tags: jim-harrison, nytimes-book-review, the-great-leader
1 likes
Like
“No one mentions that now, and I suppose no one is inclined to bring it up, particularly not my father, who in other matters loves those things most that he can no longer touch or see, things washed clean of flaws and ambiguity by the years he has held them in his memory, reshaping them as he brings them out, again and again, telling his stories until finally the stories, and the things in them, are as perfect and sharp as the edge of the knife he keeps in his pocket.”
― Pete Dexter, The Paperboy
1 likes
Like
“...without moving a muscle in his face, slips away; retreats, I think, to that sheltered place where his stories are kept. Perhaps we all have our places.”
― Pete Dexter, The Paperboy
1 likes
Like
“now. “There is”
― Pete Dexter, Paris Trout: A Novel
0 likes
Like
“Leon Hubbard died ten minutes into lunch break on the first Monday in May, on the construction site of the new one-storey trauma wing at Holy Redeemer Hospital in South Philadelphia. One way or the other, he was going to lose the job.”
― Pete Dexter, God's Pocket
tags: opening-lines, pete-dexter
0 likes
Like
“It seemed like the time to mention Abilene, where Bill shot Mike Williams. Mike was the only man Bill ever killed by accident, to Charley's knowledge. He was a policeman--they'd had an election and the winners hired their nephews as policemen, after Bill had made the place safe to be a policeman--and it was the luck of things that when Phil Coe came after Bill in the street, Mike Williams came around a corner and Bill shot him through the head, thinking it was one of Phil Coe's brothers. Then he shot Phil.

The newspaper wouldn't let it heal. It brought Mike Williams back from the dead every week, like a blood relative. The editor called him a fine specimen of Kansas manhood, and declared a "Crusade to
Rid Abilene and the State of Kansas of Wild Bill and All His Ilk." Those were the exact words, because for a while after that Bill called him "Ilk."

It wasn't the newspaper that got Bill and Charley out of Kansas, though. It was a petition. It was left with the clerk at the hotel where they stayed, three hundred and sixteen signatures asking Bill to leave, not a word of gratitude for what he'd done. He sat down in the lobby with the petition in his lap, running his fingers through his hair. He read every name--there were six sheets of them--and when he finished a sheet, he'd hand it to Charley and he'd read it too.

It was the worst back-shooting Charley had ever seen; they even let the women sign. Bill shrugged and smiled, but some of the names hurt him. He thought he'd had friends in Kansas, and looking at the names he saw they were all afraid of him.

What ran Wild Bill out of Abilene was hurt feelings.”
― Pete Dexter, Deadwood

tags: back-shooting, ilk, newspaper, petition, policeman
0 likes
Like
“He looked at a story about a new gun they had out in California that spit seventy rounds in four seconds. They called it the "Peace Conservator." They were always doing some damn thing in California that nobody had thought out the consequences.”
― Pete Dexter, Deadwood
tags: california, consequences, rounds
0 likes
Like
“... It took him one minute to write. Bill stood over him, watching. "I don't know how you do that," he said. "Like the words are already inside the pen."

"It's just what's in your brain," Charley said. "The way the words come to you naturally is the best way to put them down."

tags: pen, words
0 likes
Like
“Charley wondered how it happened that men of the cloth always seemed to misunderstand the ways of the Lord. If you wanted protection you had to ask for money or love, and He would give you protection instead. Prayer was a study in misdirection...”
― Pete Dexter, Deadwood
0 likes
Like
“The boy shot Wild Bill's horse at dusk, while Bill was off in the bushes to relieve himself”
― Pete Dexter, Deadwood
tags: opening-lines
0 likes
Like
“All in all, he felt more milked than loved.”
― Pete Dexter, Deadwood
0 likes
Like
“Cautious human beings do not presume to write history on a day's notice. They are aware of the damage mistakes can cause. My father believed that mistakes could always be corrected in the next edition.”
― Pete Dexter, The Paperboy
0 likes
Like
“[He] did not understand women. It wasn't the way bartenders or comedians didn't understand women, it was the way poor people didn't understand the economy. You could stand outside the Girard Bank Building every day of your life and never guess anything about what went on in there. That's why, in their hearts, they'd always rather stick up a 7-Eleven.”
― Pete Dexter, God's Pocket
tags: men, pete-dexter, women, women-and-men
0 likes
Like
“...he told a story about the days when he was a reporter himself and how he had gotten so close to story that he finally couldn't write it...When I stared at something long enough, the lines blurred and I could no longer see it for what it was. One thing became another.”
― Pete Dexter, The Paperboy
tags: writing-process
0 likes
Like
“And the justice in this world is that you don’t have to break legs because somebody’s broken yours.”
― Pete Dexter, Paper Trails: True Stories of Confusion, Mindless Violence, and Forbidden Desires, a Surprising Number of Which Are Not About Marriage
0 likes
Like
“...David Mich is the Hollywood genius who produced and wrote much of the HBO series Deadwood. Mr. Milch's story was an interesting one to me, at least as it emerged from maybe half a dozen profiles written about him back when Deadwood was in its heyday, and it goes like this: Mr. Milch had pined to do a western ever since he was an important writer on an
Emmy-winning network cop series and could just as easily have been a novelist, if I remember the story correctly, and after years of research and reading everything available on the old west decided to focus his talents on the town of Deadwood in the 1870s. But hold your horses, Tex. As Mr. Milch explained it, he didn't read everything after all, he read everything except the novel Deadwood, and was not only able on his own to come up with the same setting and feel and characters that populated the novel, but somehow intuited a footnote-in-history sort of character named Charlie Utter into pretty much the same human being who is the central character of the novel. Except Mr. Milch gave him an English accent, and if that's not Hollywood genius I don't know what is. ...
--Acknowledgments”
― Pete Dexter, Spooner

We’d love your help. Let us know what’s wrong with this preview of Paris Trout by Pete Dexter.

We’d love your help. Let us know what’s wrong with this preview of Deadwood by Pete Dexter.

We’d love your help. Let us know what’s wrong with this preview of The Paperboy by Pete Dexter.

Preview — The Paperboy by Pete Dexter

We’d love your help. Let us know what’s wrong with this preview of Spooner by Pete Dexter. 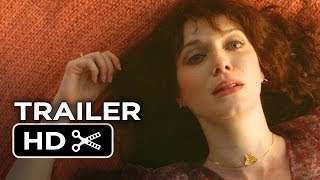