Goodreads helps you follow your favorite authors. Be the first to learn about new releases!
Start by following Assata Shakur.
Follow Author

“People get used to anything. The less you think about your oppression, the more your tolerance for it grows. After a while, people just think oppression is the normal state of things. But to become free, you have to be acutely aware of being a slave.”
― Assata Shakur, Assata: An Autobiography
tags: liberation, oppression, resistance
377 likes
Like
“No one is going to give you the education you need to overthrow them. Nobody is going to teach you your true history, teach you your true heroes, if they know that that knowledge will help set you free.”
― Assata Shakur
tags: assata-shakur, education, heroes, history, knowledge
295 likes
Like
“It is our duty to fight for our freedom.
It is our duty to win.
We must love each other and support each other.
We have nothing to lose but our chains.”
― Assata Shakur, Assata: An Autobiography

264 likes
Like
“Nobody in the world, nobody in history, has ever gotten their freedom by appealing to the moral sense of the people who were oppressing them.”
― Assata Shakur, Assata: An Autobiography
213 likes
Like
“this is the 21st century and we need to redefine r/evolution. this planet needs a people’s r/evolution. a humanist r/evolution. r/evolution is not about bloodshed or about going to the mountains and fighting. we will fight if we are forced to but the fundamental goal of r/evolution must be peace.

r/evolution means treating your mate as a friend and an equal. r/evolution is sexy.

r/evolution means respecting and learning from your children. r/evolution is beautiful.

tags: fighting, heart, love, peace, revolution, spirit, violence, war
144 likes
Like
“A revolutionary woman can't have no reactionary man.”
― Assata Shakur
141 likes
Like
“Before going back to college, i knew i didn't want to be an intellectual, spending my life in books and libraries without knowing what the hell is going on in the streets. Theory without practice is just as incomplete as practice without theory. The two have to go together.”
― Assata Shakur, Assata: An Autobiography
tags: education, learning, practice, revolutionary, theory
98 likes
Like
“Don’t you know that slavery was outlawed?”
“No,” the guard said, “you’re wrong. Slavery was outlawed with the exception of prisons. Slavery is legal in prisons.”
I looked it up and sure enough, she was right. The Thirteenth Amendment to the Constitution says:
“Neither slavery nor involuntary servitude, except as a punishment for crime whereof the party shall have been duly convicted, shall exist within the United States, or any place subject to their jurisdiction.”
Well, that explained a lot of things. That explained why jails and prisons all over the country are filled to the brim with Black and Third World people, why so many Black people can’t find a job on the streets and are forced to survive the best way they know how. Once you’re in prison, there are plenty of jobs, and, if you don’t want to work, they beat you up and throw you in a hole. If every state had to pay workers to do the jobs prisoners are forced to do, the salaries would amount to billions… Prisons are a profitable business. They are a way of legally perpetuating slavery. In every state more and more prisons are being built and even more are on the drawing board. Who are they for? They certainly aren’t planning to put white people in them. Prisons are part of this government’s genocidal war against Black and Third World people.”
― Assata Shakur, Assata: An Autobiography

As far as I’m concerned, ‘liberal’ is the most meaningless word in the dictionary. History has shown me that as long as some white middle-class people can live high on the hog, take vacations to Europe, send their children to private schools, and reap the benefits of their white skin privilege, then they are ‘liberal’. But when times get hard and money gets tight, they pull off that liberal mask and you think you’re talking to Adolf Hitler. They feel sorry for the so-called underprivileged just as long as they can maintain their own privileges.”
― Assata Shakur

And i believe that a lost ship,
steered by tired, seasick sailors,
can still be guided him
to port.”
― Assata Shakur, Assata: An Autobiography

Those who have dared to speak out against the injustices in this country, both Black and white, have paid dearly for their courage, sometimes with their lives.”
― Assata Shakur, Assata: An Autobiography

20 likes
Like
“In the long run, the people are our only appeal. The only ones who can free us are ourselves.”
― Assata Shakur, Assata: An Autobiography
19 likes
Like

From Somewhere in The World
2 ratings 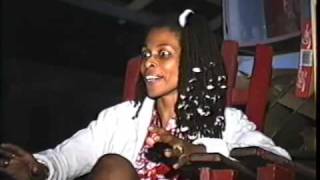