Goodreads helps you follow your favorite authors. Be the first to learn about new releases!
Start by following Anton Chekhov.
Follow Author

1) They respect human beings as individuals and are therefore always tolerant, gentle, courteous and amenable ... They do not create scenes over a hammer or a mislaid eraser; they do not make you feel they are conferring a great benefit on you when they live with you, and they don't make a scandal when they leave. (...)

2) They have compassion for other people besides beggars and cats. Their hearts suffer the pain of what is hidden to the naked eye. (...)

3) They respect other people's property, and therefore pay their debts.

4) They are not devious, and they fear lies as they fear fire. They don't tell lies even in the most trivial matters. To lie to someone is to insult them, and the liar is diminished in the eyes of the person he lies to. Civilized people don't put on airs; they behave in the street as they would at home, they don't show off to impress their juniors. (...)

5) They don't run themselves down in order to provoke the sympathy of others. They don't play on other people's heartstrings to be sighed over and cosseted ... that sort of thing is just cheap striving for effects, it's vulgar, old hat and false. (...)

6) They are not vain. They don't waste time with the fake jewellery of hobnobbing with celebrities, being permitted to shake the hand of a drunken [judicial orator], the exaggerated bonhomie of the first person they meet at the Salon, being the life and soul of the bar ... They regard prases like 'I am a representative of the Press!!' -- the sort of thing one only hears from [very minor journalists] -- as absurd. If they have done a brass farthing's work they don't pass it off as if it were 100 roubles' by swanking about with their portfolios, and they don't boast of being able to gain admission to places other people aren't allowed in (...) True talent always sits in the shade, mingles with the crowd, avoids the limelight ... As Krylov said, the empty barrel makes more noise than the full one. (...)

7) If they do possess talent, they value it ... They take pride in it ... they know they have a responsibility to exert a civilizing influence on [others] rather than aimlessly hanging out with them. And they are fastidious in their habits. (...)

And so on. That's what civilized people are like ... Reading Pickwick and learning a speech from Faust by heart is not enough if your aim is to become a truly civilized person and not to sink below the level of your surroundings.

[From a letter to Nikolay Chekhov, March 1886]”
― Anton Chekhov, A Life in Letters

tags: breeding, civilization, civilized-behavior, decency, good-manners, high-mindedness
337 likes
Like
“If you are afraid of loneliness, don't marry.”
― Anton Chekhov, Notebook of Anton Chekhov
333 likes
Like
“Man is what he believes.”
― Anton Chekhov
tags: belief
279 likes
Like
“There should be more sincerity and heart in human relations, more silence and simplicity in our interactions. Be rude when you’re angry, laugh when something is funny, and answer when you’re asked.”
― Anton Chekhov
tags: chekhov
263 likes
Like
“We shall find peace. We shall hear angels, we shall see the sky sparkling with diamonds.”
― Anton Pavlovich Chekhov
tags: peace
260 likes
Like
“A woman can become a man's friend only in the following stages - first an acquantaince, next a mistress, and only then a friend.”
― Anton Chekhov, The Three Sisters
tags: friendship, relationships, sex
227 likes
Like
“If ever my life can be of any use to you, come and claim it.”
― Anton Chekhov
211 likes
Like
“Why are we worn out? Why do we, who start out so passionate, brave, noble, believing, become totally bankrupt by the age of thirty or thirty-five? Why is it that one is extinguished by consumption, another puts a bullet in his head, a third seeks oblivion in vodka, cards, a fourth, in order to stifle fear and anguish, cynically tramples underfoot the portrait of his pure, beautiful youth? Why is it that, once fallen, we do not try to rise, and, having lost one thing, we do not seek another? Why?”
― Anton Chekhov, The Complete Short Novels
tags: determination, hope, perseverance
210 likes
Like
“There is nothing more awful, insulting, and depressing than banality.”
― Anton Pavlovič Čechov
204 likes
Like
“To fear love is to fear life, and those whose fear life are already three parts dead...”
― Anton Chekhov
tags: love-fear
203 likes
Like
“The task of a writer is not to solve the problem but to state the problem correctly.”
― Chekhov, Anton Chekhov, Anton
178 likes
Like
“The happy man only feels at ease because the unhappy bear their burden in silence. Without this silence, happiness would be impossible.”
― Anton Chekhov
177 likes
Like
“And I despise your books, I despise wisdom and the blessings of this world. It is all worthless, fleeting, illusory, and deceptive, like a mirage. You may be proud, wise, and fine, but death will wipe you off the face of the earth as though you were no more than mice burrowing under the floor, and your posterity, your history, your immortal geniuses will burn or freeze together with the earthly globe.”
― Anton Chekhov
tags: books, despair, immortality, wisdom
176 likes
Like
“There are a great many opinions in this world, and a good half of them are professed by people who have never been in trouble."

tags: opinions, reticence, trouble
172 likes
Like
“Even in Siberia there is happiness.”
― Anton Chekhov
tags: chekhov, happiness, siberia
159 likes
Like
“Do you see that tree? It is dead but it still sways in the wind with the others. I think it would be like that with me. That if I died I would still be part of life in one way or another.”
― Anton Chekhov, The Three Sisters
150 likes
Like
“I was oppressed with a sense of vague discontent and dissatisfaction with my own life, which was passing so quickly and uninterestingly, and I kept thinking it would be a good thing if I could tear my heart out of my breast, that heart which had grown so weary of life.”
― Anton Chekhov
tags: chekhov
143 likes
Like
“These people have learned not from books, but in the fields, in the wood, on the river bank. Their teachers have been the birds themselves, when they sang to them, the sun when it left a glow of crimson behind it at setting, the very trees, and wild herbs.”
― Anton Chekhov
tags: knowledge, nature
142 likes
Like
“...and with a burning pain in my heart I realized how unnecessary, how petty, and how deceptive all that had hindered us from loving was. I understood that when you love you must either, in your reasonings about that love, start from what is highest, from what is more important than happiness or unhappiness, sin or virtue in their accepted meaning, or you must not reason at all.”
― Anton Chekhov
tags: love
141 likes
Like

We’d love your help. Let us know what’s wrong with this preview of Selected Stories of Anton Chekhov by Anton Chekhov.

We’d love your help. Let us know what’s wrong with this preview of The Cherry Orchard by Anton Chekhov.

We’d love your help. Let us know what’s wrong with this preview of The Seagull by Anton Chekhov.

Preview — The Seagull by Anton Chekhov

We’d love your help. Let us know what’s wrong with this preview of Uncle Vanya by Anton Chekhov. 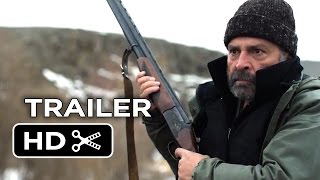