Goodreads helps you follow your favorite authors. Be the first to learn about new releases!
Start by following Socrates.
Follow Author

[As quoted in Plutarch's Of Banishment]”
― Socrates

tags: cosmopolitan, cosmopolitanism, world-citizenship
430 likes
Like
“I examined the poets, and I look on them as people whose talent overawes both themselves and others, people who present themselves as wise men and are taken as such, when they are nothing of the sort.

We do not know — neither the sophists, nor the orators, nor the artists, nor I— what the True, the Good, and the Beautiful are. But there is this difference between us: although these people know nothing, they all believe they know something; whereas, I, if I know nothing, at least have no doubts about it. As a result, all this superiority in wisdom which the oracle has attributed to me reduces itself to the single point that I am strongly convinced that I am ignorant of what I do not know.”
― Socrates

tags: humbleness, ignorance, knowledge, truth, understanding
424 likes
Like
“Every action has its pleasures and its price.”
― Socrates
420 likes
Like
“Prefer knowledge to wealth, for the one is transitory, the other perpetual.”
― Socrates
390 likes
Like
“We cannot live better than in seeking to become better.”
― Socrates
tags: character, rectitude
350 likes
Like

All Quotes | Add A Quote

A History of the Church in Seven Books; From the Accession of Constantine, A.D. 305, to the 38th Year of Theodosius II, Inluding a Period of 140 Yea
7 ratings 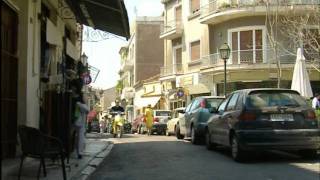